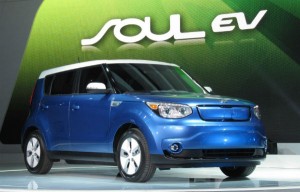 The Government would aim that the sales of electric cars reach 15,000 units per year nationwide and therefrom it is expected to install factories to export to the region, said on Thursday the Coordinating Minister of Production, Richard Espinosa.

Last week, the Minister signed an agreement with Automotores y Anexos and BYD, for he commercialization and manufacture of electric cars in Ecuador, after the Committee of Foreign Trade (Comex for its Spanish acronym) eliminated tariffs and quotas for imports of that vehicles.

In addition, the Volkswagen brand joined the project, said Espinosa.

The introduction of these cars to the national market would be part of the first stage of the official plan. “We must reach at least the consumption of fifteen thousand vehicles per year, which is entirely feasible, and once we reach that economy of scale it is justifiable to establish a factory in order to export to the region,” Espinosa said.

According to the Government, the cap–price of these vehicles would be $ 40,000.

Air traffic among CAN countries increased by 6.9%