Greece shall submit “a list with specific reforms” to bailout 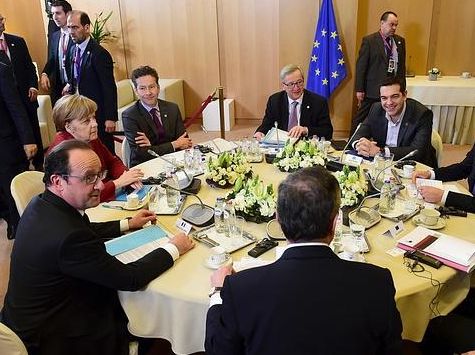 The Greek Government must submit a “complete list of specific reforms” in the coming days, according to the terms of an agreement reached early Friday with creditors and that “entrains” again the bailout to Greece.

The agreement was reached at a mini-summit between Greek Prime Minister Alexis Tsipras, German Chancellor Angela Merkel and French President François Hollande, which was also attended by Presidents of the European Council, the Commission, the Eurogroup and the European Central Bank.

In a brief statement, the parties agreed to “accelerate work” and “completed as soon as possible” for Greece to present a “complete list of reforms”, which will free up funds that Greece needs desperately to stay afloat the coming weeks .

Tsipras told reporters at the end of the meeting that “we have track procedure”, adding that was “clear that Greece should not adopt recessive measures” dictated by its creditors and who created a “humanitarian crisis”.