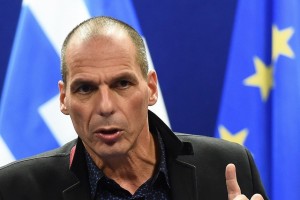 The Greek Minister of Finance, Yanis Varufakis, said yesterday that the agreement reached with the Eurogroup to ensure the financial assistance will enable Greece to determine its reforms from now on.

“We have left behind the time when Greece was treated as a foreigner. From today we will be co-authors of our future, from today it will be us who decide the reforms,” Varufakis said.

Varufakis said that his country showed it was “committed to achieve a mutually beneficial agreement,” and pointed out that Athens will use the reforms to combat the factors that affect the Greek economy and to restore the national independence.

He further explained that the second great achievement of the negotiations of this Friday is that Greece has managed to avoid “a sequence of many years of suffocating primary surpluses we would not have been able to keep.”

According to the Greek authority, maintaining this year an objective of a primary surplus of 3% of GDP and the objectives for next year were “exorbitant,” but Athens has managed to include a reference to these goals that must be “appropriate.”

“Now surpluses will be determined by economic circumstances,” said Varufakis.