The Property Registrar of Guayaquil informed the Execution Court of the Bribery case 2012-2016 that it has proceeded to register the “Forfeiture” ordered against the real estate of eight of those sentenced in this case, including former President Rafael Correa , on whom a sentence of eight years in prison weighs for the crime of aggravated passive bribery as a mediate perpetrator by instigation. 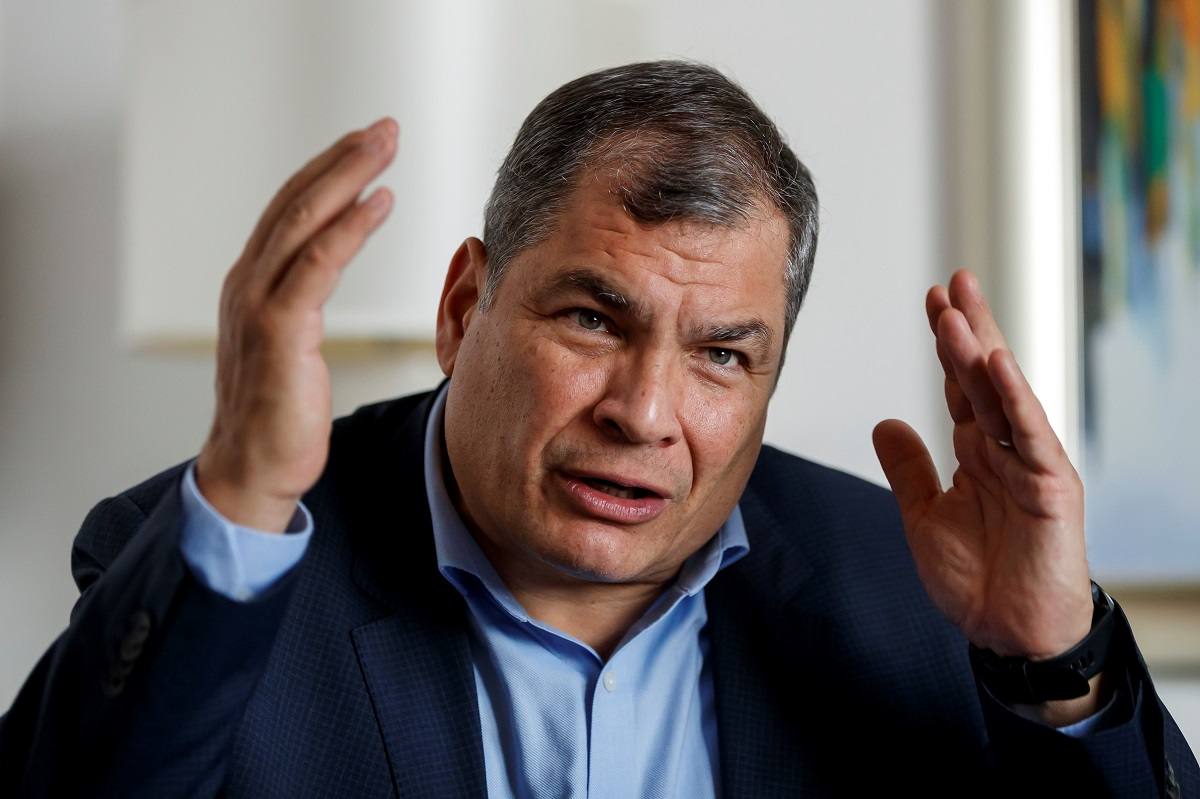 In an official letter dated January 7, signed by Segundo Zurita Zambrano, Guayaquil Property Registrar, and received electronically by the National Court of Justice (CNJ) on January 11, it was reported that “on January 7, 2021 of the property registry has proceeded to practice the registration of the Forfeiture ordered by its authority of real estate ”.

It defines that the assets on whom this action has fallen have as owners the former President Correa, the former Legal Secretary of the Presidency, Alexis Javier Mera; former ministers Walter Solís and Vinicio Alvarado; former assembly members Viviana Bonilla and Christian Viteri; and the businessmen Bolívar Sánchez and Pedro Verduga. In the letter sent, the reason for registration according to the application 2020-34604 is detailed.

The registration of the confiscation of a real estate is the previous step that must be carried out so that, in this case, the State assumes the power of the property so that with its sale the payment of the integral repair arranged for each processed is completed and also with the action being avoided could be the real estate traded to third parties.

On the other hand, from the Property Registry of Guayaquil it was reported that regarding “the comisados” Jorge Glas, former vice president of the Republic; former Minister María de los Ángeles Duarte; and the businessmen Edgar Salas, Ramiro Galarza, William Phillips, Rafael Córdova, Teodoro Calle and Mateo Choi, “because they do not appear as owners of property rights, it has not been possible to register the criminal confiscation.”

In the order of December 18, the Execution Court, presided over by the national judge Iván León, indicated once that the determined time of 30 days to make the payment of the reparations imposed on the sentenced had “expired too much” In the case of Bribes 2012-2016 as mediate perpetrators, direct perpetrators, co-perpetrators and accomplices, the Office of the Attorney General of the State (PGE) is delegated to carry out all actions that conclude with the confiscation and seizure of the assets up to the amounts corresponding to them to each of the condemned.

The measure exempted the businessmen Alberto Hidalgo, who paid the $ 368,000 of economic reparation that was ordered as the mediate perpetrator of the bribery crime, and Víctor Fontana, who canceled the $ 778,000 that was imposed on him as the direct author. The mediate, direct and co-authors must pay $ 778,000, while Laura Terán as an accomplice and Hidalgo $ 368,000.

In that ruling, it was explained that in order to guarantee compliance with the restitution measure, the confiscation of the real estate of those sentenced who had not complied with the payment term was determined, for which reason it was ordered that the Chamber Secretary officiate at the Property and Commercial Registrars of all the cantons of the country.

Since last September 23, the sentence in the Bribery case entered the Execution phase. That came once a Court of Cassation of the CNJ denied the appeals of this type raised by the defendants against a sentence that in two previous instances had declared them guilty of the crime of aggravated passive bribery. (I)