The investment is around USD 6,430,000. The Municipality of Guayaquil announced that it will install 24,000 surveillance cameras with panic buttons in 6,000 public transport units in the city. The security monitoring system will include urban buses , taxis and school buses. 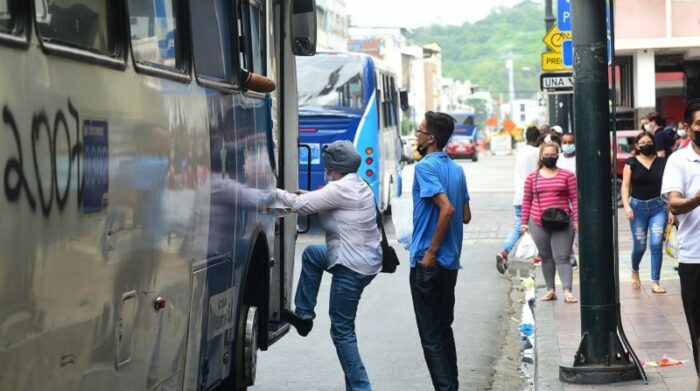 The ATM will install video surveillance cameras in 2,000 urban buses in Guayaquil, as part of a plan to reduce insecurity rates in the city’s public transport.

The Traffic and Mobility Agency (ATM) and the mayor of Guayaquil, Cynthia Viteri , presented the program this Tuesday, August 9, 2022. The plan seeks to reduce the rates of citizen insecurity in Guayaquil and criminal acts against transportation users. public.

“There will be two panic buttons in the taxis , since both the driver and the passengers can be victims of criminals ,” said the Mayor. So far this year, students have even been reported injured in assaults inside school buses in the city.

60 days to start with the installation

The devices will begin to be installed next October. The contract was signed last Thursday, August 4, but an initial import and implementation period of 60 days is expected. The contractor will have 240 days to install the entire technological system of the transport units . In the first month it is planned to equip 800 public service vehicles with the cameras.

In Guayaquil , cameras began to be installed on public transport in 2009, through the Safe Transportation program . But the devices and buttons became obsolete due to the lack of investment and maintenance from the last two central governments.

The units equipped with the new security monitoring will have stickers from the Corporation for Citizen Security of Guayaquil (CSCG), which is expected to persuade criminal acts , according to the mayor.

Roberto Ricaurte, general manager of the ATM , indicated that the monitoring will be carried out on demand . In other words, the moment the victim presses the panic button, an alert will be issued to the ATM  ‘s traffic and transport control center .

In fact, operators will be able to automatically access real-time images from the four cameras on the transport unit . And they will also have information such as the location or the license plate of the vehicle, to dispatch response units through the ECU 911 Guayaquil, located like the traffic monitoring center in the CSCG, to the north of the city.

“If the transporter sees the development of a criminal act on his route, he can also press the panic button to alert the control center, ” said Ricaurte. For this, it has been decided to also install cameras in the front and rear of the units, and not only inside the vehicles.

According to ATM data, there are 15,000 taxis and 2,800 urban buses in the city, so not all units will be covered in this first stage (see graphs ).

Ecuador’s trade with Asia will take place directly from Posorja