President Guillermo Lasso announced on the night of this Monday, August 8, that the State institutions will not “make any decision to release any citizen who violates the legal system and contributes to judicial anarchy…”, referring to habeas corpus awarded to Jorge Glas and Daniel Salcedo . It is also indicated that they will take the corresponding legal actions. 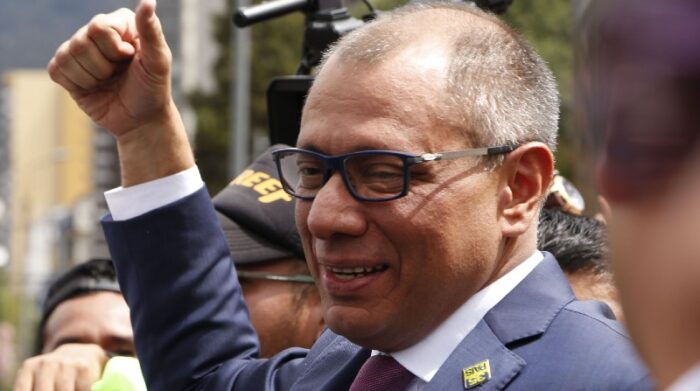 Jorge Glas, former Vice President of the Republic of Ecuador.

The document indicates that the granting of this constitutional figure presents irregularities.

First, it is explained that on Friday, August 5, Judge Banny Rubén Molina , of the Portoviejo Penitentiary Guarantees Unit, granted habeas corpus to citizen Christian Araujo, but in the same act he extended it to Jorge Glas and Daniel Salcedo “without them have filed the action” .

“All of this appeared, suddenly, in the Automatic System of Ecuadorian Judicial Processing (Satje) today,” the statement read.

It is then stated that neither the Attorney General’s Office nor the Snai were summoned to the hearing in which habeas corpus was granted.

In addition to these “irregularities,” the document says, there is already a request for habeas corpus for Jorge Glas under analysis in the Provincial Court of Pichincha “so other judges already have the jurisdiction to resolve this situation.”

This Monday, August 8, it was learned that the Portoviejo judge ordered the immediate release of Jorge Glas and Daniel Salcedo after granting them a habeas corpus upon finding that their rights had been violated.

“The request of those appearing within this judicial guarantee of habeas corpus to  Jorge Glas Espinel and Daniel Salcedo Bonilla is accepted  for the violation of their rights to health and physical integrity that have not been fully addressed,” says an extract from sentence.

Both Glas and Salcedo are serving sentences for corruption. Both are being held in Prison 4 in Quito.