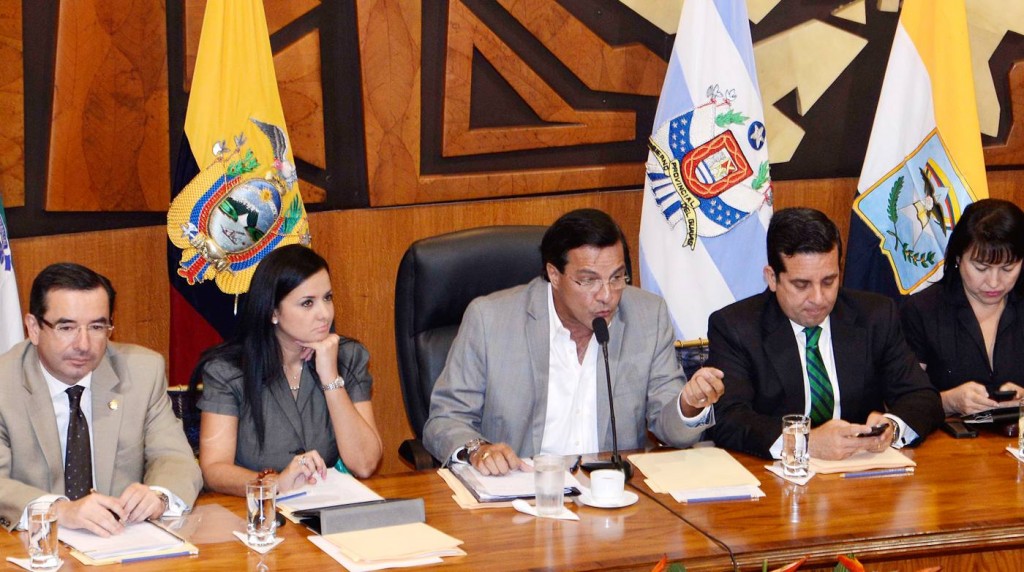 Several Guayas authorities yesterday, August 18, formed a work commission to promote a legal reform that seeks a solution to the border problems that exist in the country.

The decision came after a two-hour meeting at the Prefecture of Guayas, which was attended by 16 assembly members and 19 mayors of the province, according to his host, Jimmy Jairala. Some rural members, councilors and officials of the regime also attended the meeting.

Prefect Jairala raised the need to extend the deadline that the Law establishes for the Territorial Limits Fixing, so local governments resolve these conflicts, the same which expires in April 2015.

The presents legislators, who belong to Alianza PAIS (AP), PSC-MG and PRE, expressed their support. Veronica Guevara (AP) said it was important to act “decisively” for that the inhabitants in conflict areas do not perceive “inaction” from them.

UK: We hope Ecuador helps solveing the situation of Assange

CAN ratifies trade restrictions in Ecuador