Guayas Governor would run for mayor of Guayaquil 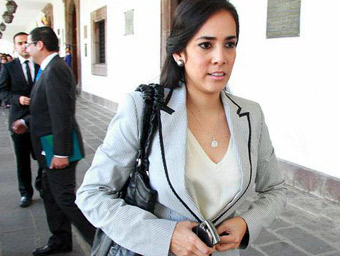 One of the members of the provincial Board of Alianza Pais in Guayas confirmed yesterday that the current Governor of Guayas, Viviana Bonilla, was nominated by the National Party Bureau to be the candidate for mayor of Guayaquil for the sectional elections of next February.

Last July 24, during the solemn session that the Government developed in commemoration of the founding of the city, the President of Ecuador, Rafael Correa, said that “a generational take over in demanded. Enough of the usual”, referring to a possible re-election of Jaime Nebot (PSC-MG), and said that the official would be a “luxury candidate”.

The National Bureau of  AP also appointed the current Assembly member of Guayas, Denisse Robles, as a candidate for mayor of Milagro; both nominations must be ratified at the National Convention of the organization.