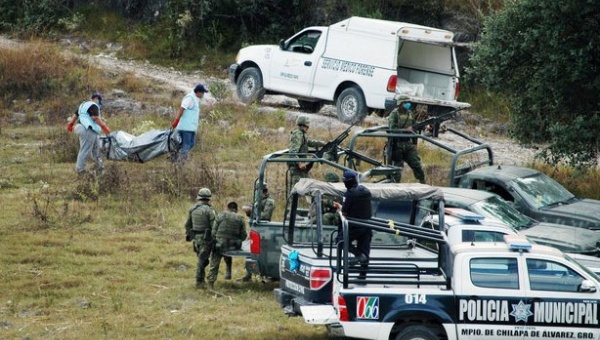 The clandestine burials were located on Tuesday at the Tepehuixco community, municipality of Chilapa de Alvarez, and most bodies show signs of torture, according to a press release disclosed in the last hours.

The local prosecutor reported that  the bodies were found in the first five graves, eight of them with hands and feet bound, with signs of torture and one was inside a black plastic bag.

“In the first bag were three human heads; in the second, two heads; in the third, three heads and in the fourth, another three,” reported the Prosecutor´s office of Guerrero, without specifying whether the heads correspond to those or other bodies.

The victims did not show an advanced state of decomposition and in fact it is believed they were killed a week ago.

Chilapa de Alvarez, capital of the Guerrero state, was where 43 students of the Ayotzinapa teacher´s school disappeared at the hands of corrupt officials and the Guerreros Unidos cartel.