Guillaume Long: ‘We have to be very careful that the denomination civil society does not serve as a disguise’ 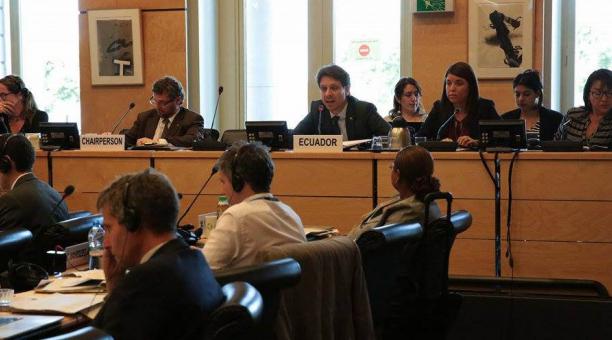 “We firmly believe in society, and therefore in the civil society. But we have to be very careful that civil society´s name does not serve as a disguise. ” This was said by Ecuador’s Chancellor, Guillaume Long, on Monday June 27, 2016, while introducing the report of the State under the 117 Session of the Human Rights Committee of the United Nations in Geneva, Switzerland.

“Today, any opponent defeated at the polls democratically, can self-proclaim human rights activist, create an NGO with two or three people, and be received at the highest levels of international governance, even sometimes with more credibility than the States, “said Long, who attributed “this absurd” to neoliberal ideology that demonizes the State.