Through a message to the nation, President Guillermo Lasso announced on June 24 that the National Government will use “all the resources that the law empowers to confront the vandals and criminals” who have unleashed chaos in the country in the framework of of the national strike called by the Confederation of Indigenous Nationalities of Ecuador (Conaie) and asked the “indigenous and peasant brothers who have been brought to Quito under false pretences” to return to their communities for their safety and that of their families. 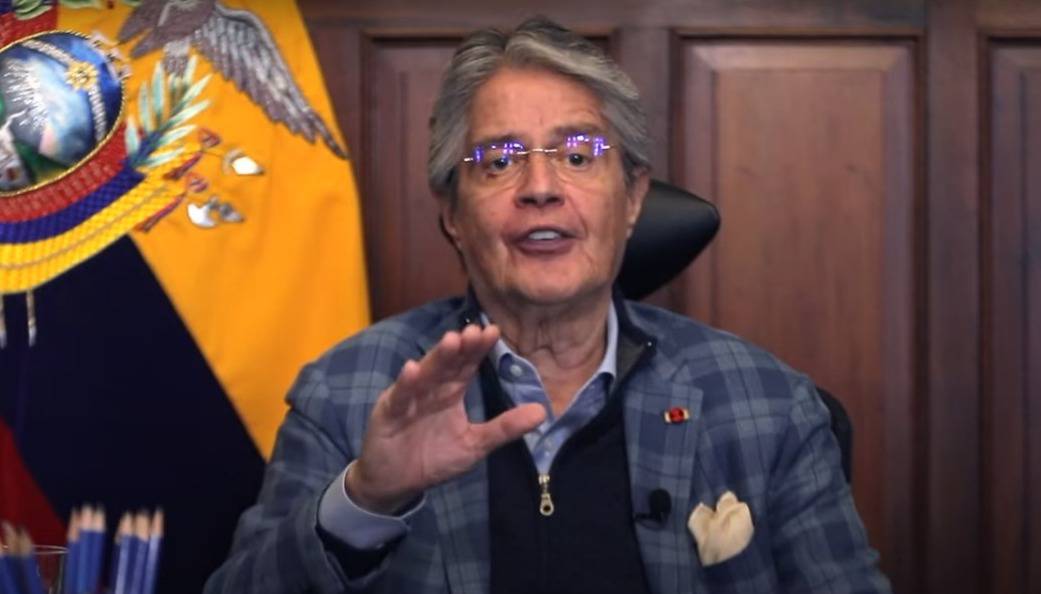 President Guillermo Lasso indicated that on Thursday, June 23, from 1:00 p.m., his government held talks with several delegates of the Conaie president, Leonidas Iza, and that in principle a consensus had been reached.

Lasso indicated that on Thursday, June 23, from 1:00 p.m., his government held talks with several delegates of the Conaie president, Leonidas Iza, and that in principle a consensus had been reached.

“However, yesterday’s violence, the information we received today, as well as his public statements show that Mr. Iza’s real intention is to overthrow the government. This makes it clear to us that he never wanted to resolve an agenda for the benefit of indigenous peoples and nationalities; the only thing he wanted was to deceive his bases and usurp the legally constituted government. Mr. Iza can no longer control the situation. The violence perpetrated by infiltrated criminals got out of hand, “said the president.

The president reiterated that his government has remained open to dialogue and that on Thursday, June 23, as a sign of this openness and in search of citizen peace, Conaie was allowed to convene in assembly.

“We always said that it was irresponsible to call for a demonstration without dialogue, because as in 2019, groups of vandals would infiltrate, who also seek to destabilize democracy by sowing terror,” he questioned.

With the announced measure, he explained that “the national police and the armed forces will act with the necessary means to defend, within the legal framework, through the progressive use of force, public order and democracy,” which is the aspiration of hundreds of thousands of citizens who have demonstrated with their voices in streets and squares throughout the country, their defense in favor of peace and their right to prosper.

Intention is a coup

“To our indigenous and peasant brothers who have been brought to Quito under false pretenses, we ask you, for your safety and that of your families, to return to your communities. We cannot allow people to face off against people. Mr. Iza has no control over the demonstrations, nor over the criminality that his irresponsible actions have generated,” he said.

Lasso added that it is proven that the true intention of the violent is to generate a coup d’état , and that in this situation he calls on the international community to warn of this attempt to destabilize democracy in Ecuador.

“I also call on human rights organizations to continue monitoring this process, which has violated the rights of members of our public forces, citizens and journalists,” he added and expressed his solidarity with all of them and with Ecuadorians. unfairly attacked during all these days, “by criminal groups that use the right to protest as a pretext, to commit crimes.”

The president concluded by saying that they have taken all the necessary steps to insist on dialogue, which he assures is still open.

“We have given all the signs of good faith, and we tell all those leaders, social organizations and communities that have already contacted us, that we remain open to achieving a dialogue with results,” he said.

He also said that he values ​​the commitment of the Democratic Left, the Christian Social Party, the National Accord Caucus and the Assembly members who have publicly spoken out in favor of the constituted order and that the Government takes their message responsibly.

“The unity of all Democrats must prevail. To all citizens who just want to work, get back to normality, we will continue to protect them. We are going to recover peace for Ecuador”, he concluded. (YO)