Although the atmosphere in Quito remains relatively calm, tension is growing in cities like Cuenca due to shortages and the state of siege to which it has been subjected since the start of the strike. 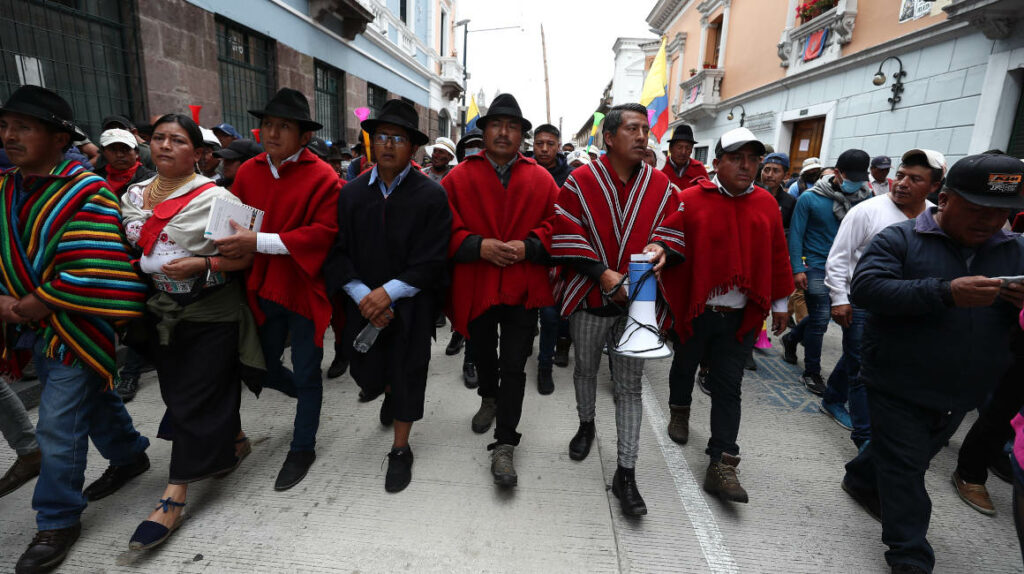 The president of the Conaie, Leonidas Iza, along with other indigenous leaders and protesters march in the Historic Center of Quito, on June 27, 2022.

The leadership of the indigenous movement assures that the government’s decision on fuel was taken unilaterally and that the strike continues.

The president of the Assembly, Virgilio Saquicela, assured in Ecuavisa that he trusts that the dialogue between the Government and Conaie will be successful , after a rapprochement between the two parties was registered in Quito over the weekend.

The Government calculates that the measures taken during the stoppages exceed USD 600 million in benefits for citizens. Only the review of the price of Extra, Eco and diesel gasoline will cost the Government USD 226 million per year.