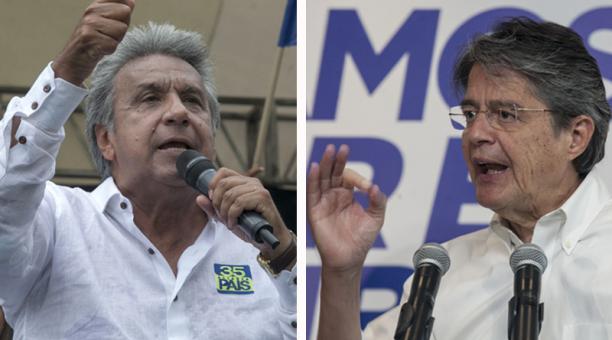 The private company Cedatos this week carried out a new poll on intention to vote in the presidential elections. It was conducted between February 23 and 24, 2017 in 15 provinces of the country; 23 cities and rural areas. According to the company, the confidence level of the results is 95%, with a margin of error of +/- 3.4%.

The sample of respondents was 2 862. Unlike what happened in the first round of elections, the percentage of undecided voters is smaller; It now reaches the 19%, it was around the 40% before. That means that 8 out of 10 Ecuadorians have already decided who to vote for in the second round of elections, which is scheduled for April 2.

The official election campaign, however, will begin on March 10, according to the calendar of the National Electoral Council. But if the elections were at this moment, according to Cedatos, Guillermo Lasso, of the Creo-SUMA alliance, would reach 52.1% of the valid votes. This compared to the 47.9% that would be achieved by the candidate of the government party Lenin Moreno. It would be the first time that in a private survey the candidate of the opposition surpasses the presidential candidate of Alianza Pais.
As for the null and blank votes, Cedatos registers a 14%. Although these are not counted as valid votes, they do have an effect on the final results, because they increase the percentage of the candidate that leads the trend.