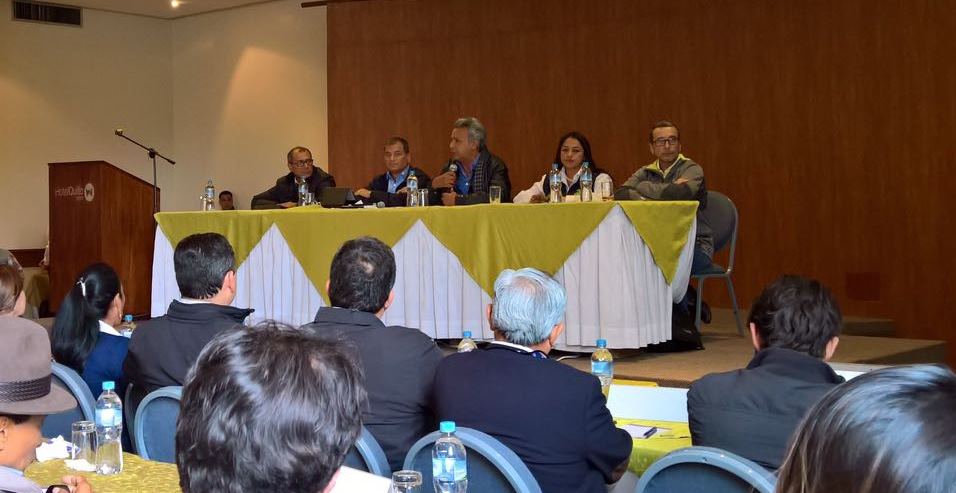 The presidential hopeful of the Alianza PAIS party, Lenin Moreno, declared yesterday that “throwing tuna cans against the headquarters of the CREO party and the Bank of Guayaquil is also freedom of expression,” as journalist Ana María Cañizares, of the Teleamazonas network, has reported on her Twitter account.

On Thursday, pro-government demonstrators, on behalf of the citizens of the Manabi and Esmeraldas provinces (affected by the earthquake that hit Ecuador last year) protested against the alleged perpetrators of derogatory phrases towards them after it became known that the candidate of the ruling party gained a majority support in that area in the elections of February 19. The protesters, with flags of Alianza PAIS, marched against the headquarters of CREO and the Bank of Guayaquil, in Quito, to throw cans of tuna, in protest.

Messages in social networks criticized the support to the Alianza País (AP) party with phrases like “they deserve another earthquake” and “Manabí returns the tuna cans.” These referred to food shipments for those affected by the earthquake of April 2016, which left about 670 casualties and multimillion losses, according to the government news website El Ciudadano.

Jorge Glas filed a complaint about “defamation” against him