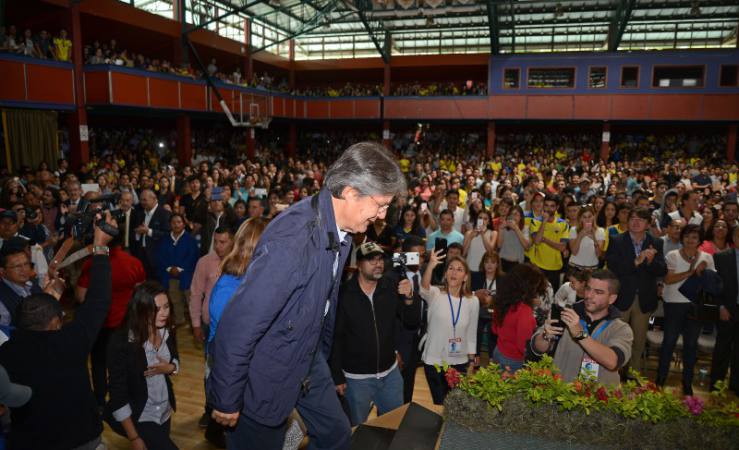 The campus of the San Francisco and National Polytechnic universities, in the capital, were the chosen scenarios by the presidential candidate, Guillermo Lasso (CREO-SUMA), to deepen his electoral promises.

Lasso restated yesterday that he is ready to go to a presidential dialogue, organized by the Teachers Network for the educational reform, Union that is in favor of Rafael Correa`s government.

The candidate said that his team mis working with the coordinators of the presidental dialogue to assure neutrality, respect to his family`s dignity which always accompanies him and his own physical integrity.

“In case we reach an agreement that guarantees these parameters, I will gladly assist” afirmed Lasso.

Yesterday, in the Alexandros coliseum of the San Francisco University, he said that a debate must be organized with neutrality criteria and respect bewteen both candidates. “I will assist to any debate I am invited to. The Commerce Chamber, along with more than 90 Unions, has invited us to a debate, and I accepted, but mister Lenin Moreno doesn´t” said Lasso.