“Hello everyone, my name is Ivonne Baki and I am the Ecuadorian ambassador to the United States. Welcome to Ivonne Baki’s podcast, where we will enter Ecuador, the gateway to the Andes, to jointly start this journey ”. 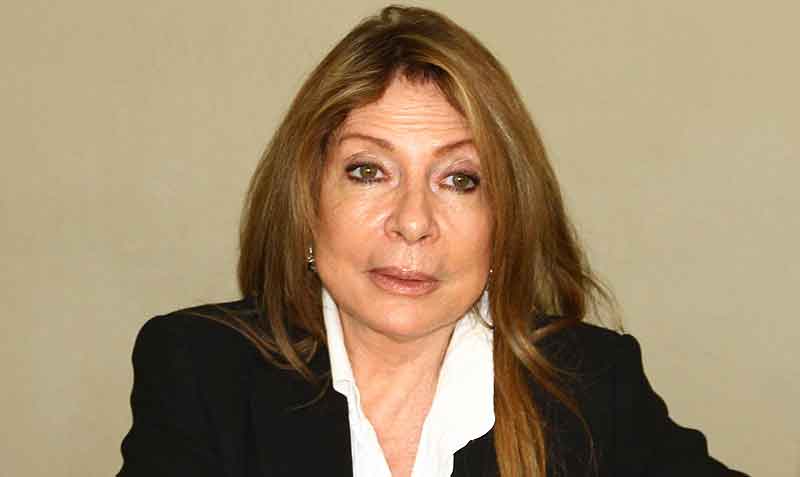 That is the description of the podcast starring the Ecuadorian ambassador to the United States , Ivonne Baki , who will remain in office during the government of the president-elect, Guillermo Lasso . The future President confirmed it on his Twitter account on May 12, 2021.

Baki, a 70-year-old from Guayaquil, has the approval of Washington and its ratification generated reactions in social networks, since it has been part of several government administrations , of different ideological tendencies.

According to the biography on the Embassy’s website, Baki studied art at the Sorbonne and earned master’s degrees in Public Administration and Public Policy from the Harvard Kennedy School of Government. The description highlights that he speaks and writes fluently in English, Spanish, French, German and Arabic.

His first public position dates from 1981, when he was consul of Ecuador in Beirut, during the government of Osvaldo Hurtado . Between 1992 and 1998 he was Honorary Consul in Boston.

During the government of Sixto Durán Ballén , in 1995, he participated in the beginning of the peace negotiations with Peru.

In 1998 she was an advisor to former president Jamil Mahuad , who sealed the final peace process with the neighboring country. In that same year, she was appointed Ambassador of Ecuador to the United States, a position she would hold until 2002. During that period, she worked on the extension of the Andean Tariff Preferences . Later, it was ratified by Gustavo Noboa , the fourth government it served.

In 2002 he was a candidate for the Presidency of the Republic with the META movement, but reached 79,598 votes, equivalent to 1.7% of the total. Between 2003 and 2005, during the government of former President Lucio Gutiérrez , she was the first woman to head the Ministry of Foreign Trade.

In the 2006 legislative elections, with the Patriotic Society Party , she was elected representative of Ecuador before the Andean Parliament, a regional body of which she was also president.

Between 2010 and 2013, with Rafael Correa at the head of the Government, Baki led the negotiations of the Yasuní-ITT Initiative, which sought to preserve the biodiversity of the Yasuní National Park and prevent oil exploitation in that territory. Ultimately, the proposal did not succeed.

From September 2017 to February 2020, with President Lenín Moreno in power, she held the position of Ambassador of Ecuador in Qatar and non-resident ambassador in Iraq, Kuwait, Lebanon, Jordan, Oman and Syria.

On February 6, 2020, Baki presented her credentials as Ambassador of Ecuador to the United States , replacing Francisco Carrión . At that time, former President Donald Trump was in the White House , with whom Baki maintains a friendship of several years.

The president-elect of Ecuador, Guillermo Lasso , will begin his duties on Monday, May 24, 2021. He ratified Baki at the head of the Embassy in Washington “to strengthen relations between the two countries and guarantee the well-being of Ecuadorians in the United States.” His administration, he says, is committed to “openness to the world, cooperation and development.” This will be the eighth Government with which it will work.