Gustavo Noboa says that 1999 was a “year to forget.” The government of Jamil Mahuad, of which he was vice president, decreed the bank holiday and the freezing of deposits. And then most of the banks fell. In the midst of distrust, a “de facto” dollarization began to be experienced in the country. 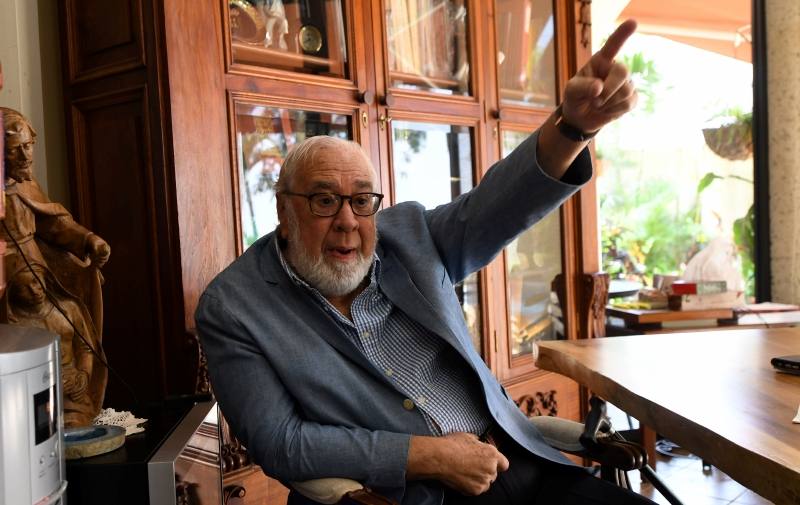 Gustavo Noboa: The people will knock the government out of the dollar …

To explain what was happening, Noboa relies on the book Dollarization in Ecuador, a year later, published by the Central Bank of Ecuador. Read some passages and then comment: “Dollarization responds, first, to a spontaneous process, because people began to save in foreign currency. Why would he save on sucres if he was permanently devalued? Second, people were looking for dollar bills and therefore open checking accounts in that currency; Third, many goods were quoted in dollars, such as the rental of apartments or houses, or the purchase of vehicles … They asked you to pay in dollars, but the salaries were in sucres. Some companies began to pay a part in dollars … The sucre, says the book, was gradually losing value and inflation, which is the worst tax, was growing.

Faced with the economic imbalance that was already generating social unrest, Mahuad announced his decision to dollarize the economy on January 9, 2000. Twelve days later he was overthrown in an indigenous-military assault. In the early morning of the 22nd, Noboa was invested as president. It resolved to continue with the measure, although it states that there were no studies to support it.

You marked distance from several Mahuad decisions, such as the bank holiday. I really had no idea that he was thinking about dollarizing?

On January 9, the president tells me: “I want you to join me because I am going to announce dollarization.” I say: “If I don’t know anything about the subject, why do you ask me to accompany you? I feel on the sidelines, you never asked me for an opinion. ” And I came to Guayaquil.

In his book Why I was president, he says that he met a couple of ministers at the airport who asked him how he was traveling if dollarization was announced that night …

I told them that I was not part of this subject. Then Mahuad called me again. He told me: After announcing the dollarization, I will have a meeting at the Palace, I ask you to join me. I told him to send me a plane and he did it. I asked two friends, Eduardo Peña and Galo García, to accompany me. We arrived at the residence and that was a party, there was music, champagne, dancing … I stayed the indispensable time and left. There were many people who didn’t love me and they even said that I had attended with two ministers from my cabinet.

But before the announcement did you hear any rumors?

I knew something was up, but what happened I learned later. I knew that two members of the Mediterranean Foundation, from Domingo Cavallo, arrived in the country … That was between December 1999 and January 2000, I don’t remember the date. They talked with Mahuad for several days, several hours. Mahuad also met with bankers. All this was a mystery. I also learned that he had spoken with Cavallo a few days before dollarizing. But it was not decided because Ana Lucía Armijos (the former Finance Minister) and the people of the Central were afraid of dollarization … The dollarizers were in Guayaquil. So that decision, as I write in my book, was not economic or financial. It was political. Mahuad says no because that suits him, but at the meeting I had with the Central Bank in the early days of my government, they told me there were no studies.

In his book he tells that he had a meeting with Jaime Durán, former secretary of the Administration, in which he said that Mahuad decided after having spoken by telephone with Jaime Nebot, who was a deputy …

It’s true, and nobody has denied it.

Nebot allegedly told Mahuad: “Dollarize or fall.” But he still fell. Why didn’t it work?

Because people did not believe in Mahuad after the freeze, the bank holiday and say that Ecuador was like the Titanic. As far as I know, the Titanic sank …

Why did you decide to move on?

Because I am, in principle, Guayaquil. And we did believe in dollarization; Even months before, when I was Vice President, I met with people from Guayaquil at the request of Joyce de Ginatta. What happened to me as president is what is called the loneliness of power: when you have to make a decision and you are the only one who must respond to your conscience and your country. There you have no friends, accomplices, bar … I said let’s go ahead. Without knowing anything, only with intuition and something else that cannot be said…

On March 13 of that year, the Law for Economic Transformation was modified, which modified the exchange and monetary system. You had no party or majorities. How did you get the support of the deputies?

Juan José Pons, who was president of Congress, believed in dollarization and did a good job of lobbying. I think the deputies realized that it was this or a collective suicide …

It is an opinion, there are others who say it should have been 15,000, 18,000 … But as there were no studies … There happened something that I do not know if you ever know, who and why they put the 25 000. I had to work and I was not going to investigate. The water was already spilled. So we started, laws were changed, the necessary actions for the exchange were made, the fractional currency was circulated … And I tell you a first: in that fractional currency effigies of illustrious Ecuadorians were put, on the obverse are Juan Montalvo ($ 0 , 05), Eugenio Espejo ($ 0.10), Eloy Alfaro ($ 0.50) … José Joaquín de Olmedo was not (in the $ 0.25) because he is not loved in Quito. I told the Central ones: Here they put me on Olmedo and take me out of this one, I don’t know who he was.

The indigenous sectors that participated in the coup to Mahuad rejected the dollar. I speak with them?

I met with the indigenous leaders and they told me we don’t understand the dollar, we don’t want it. I told them: I am sorry because I have seen the Otavaleños in Buenos Aires, New York, Madrid, Berlin, London, they handled the dollar 50 years ago, they sell their handicrafts in dollars, how is it possible that the indigenous Ecuadorians say no do you get it Are they better than you? No one else fucked …

How do you evaluate the management of dollarization in the other governments?

It has been strengthening to the extent that the people are not going to let the dollar go. It will knock the Government to remove it. We are already 20 years old, we have continued walking. There are problems because it costs us money, because we do not coin the coin or issue paper, besides Ecuador is a country that is a bit expensive … But we have done well.

What does it take to strengthen the system?

Trust and legal certainty to promote investments. But without the dollar we would be the same or worse than Venezuela. We have had (Rafael) Correa ten years, what has saved us is the dollar and the price of oil. If my government had not done another great work, the OCP, and if the SOTE had not been fixed, the export of crude would not have been increased. In my government there was an average of $ 15 a barrel. Correa had it at 100 dollars and we are in debt and with terrible corruption. Without the dollar Correa took us to Venezuela, no doubt.

Jamil Mahuad: If the decision was so bad, why do they keep it?

In February 2000, Jamil Mahuad left the country and with him the secrets of how the idea of ​​dollarization was formulated.

After the coup d’état on January 21 of that year, he traveled to the United States and settled in Boston, where he has developed academic activities.

Since then he has not returned, since he has a prison order in a peculation process, originated in the decree of the bank holiday. The case is in cassation stage.

In publications and press interviews, Mahuad has defended dollarization. “If my decisions were so bad, why do they keep them?”

In the book 25 years of democracy in Ecuador, for example, he said: “I heard that… dollarization was an impromptu decision… to save us politically. That is absolutely ridiculous … In Ecuador we began talking about the possibility of a similar thing, convertibility, from the government of Abdalá Bucaram. To reach dollarization we had to reduce the fiscal deficit, clean the financial system, get an agreement in Congress to support the Trole Law. ”