Gustavo Quinteros, upset with the organizers of the America’s Cup 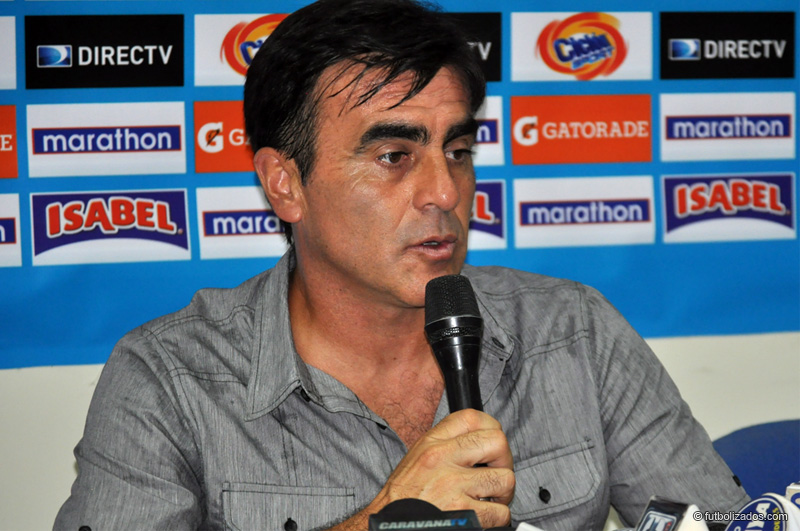 The America´s Cup Chile 2015 started with problems. The pitch that Colo Colo gave to Ecuador to train (it was not the main pitch, as the Ecuadorian Football Federation had agreed). A similar disadvantage suffered yesterday the Tricolor team, which tomorrow will debut in the centenary edition of the tournament against Brazil.

Due the poor conditions of the practice pitch of the StubHub Center, in Los Angeles Galaxy sports complex (MLS), the squad commanded by Gustavo Quinteros yesterday was unable to work normally.

“The pitch was in bad shape. Today (yesterday) we found it filled with water, so we could not train. The FEF, on its own, is looking for a pitch, so we can meet the work schedule privately,” said Quinteros.

Upset, the team trainer added: “Unfortunately we changed everything planned for today (yesterday). However, this will not affect in anything the preparation of the players, but this is annoying.” Until the press time the Tricolor team could not find a suitable place to practice.

Meanwhile, Brazil suffered a new low yesterday. Defensive midfielder Luiz Gustavo, player of the Wolfsburg of Germany, will not play in the tournament due to “personal issues.” Wallace, player of the Porto Alegre Guild, will replace him.

The controversy landed at the Copa America Centenary after a goal