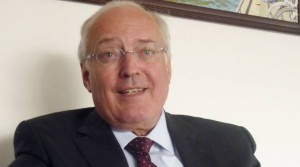 Peter Schwaiger, Head of Mission of the European Union (EU) in Ecuador, said he expects  the sensitive issues to seal a trade agreement with the EU to be resolved at the last meeting between the two sides, in July.

Schwaigner noted that the third round of talks with the EU has deepened accomplishments that were achieved in the second round (in March, in Manta). A final round is expected in the second week of July.

On the remaining issues to seal an agreement, he said: ” There are some sensitive products, I also understand that the minister has met with the sector, for example, the milk sector, we must refine the latest details and thresholds in public procurement”.