Heinz Dieterich: ‘Maduro and Cabello have destroyed the legacy of Chavez’ 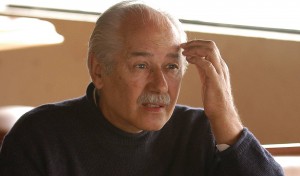 The German sociologist, politician and analyst Heinz Dieterich, in an interview with the Venezuelan newspaper El Nacional, analyzes the situation in the South American country, plunged into crisis and talks about a wear of Chavism.

“Maduro and Cabello have destroyed the legacy of Chavez,” he says, referring to Venezuelan President Nicolas Maduro and the president of the National Assembly, Diosdado Cabello, who now ceases his duties as head of the Parliament.

For Dieterich, that wear complicates the renewal of the project and ensures there are no new potential ‘Bolivarian’ leaders because “they slavishly participated in that destruction.”

The politician assesses that the main factor in the loss of support for the Maduro-Cabello-(Venezuelan vice president Jorge) Arreaza troika, however, has been the “inability of the ruling party” to renew the governance plan.

Dieterich says he became disillusioned with the XXI Century Socialism project of Hugo Chavez when the late Venezuelan leader “did not impose, for many reasons,” that combination of possible Creole developmentalism and the scientific-political paradigm of the project.

“My disillusionment, however, was continental. I talked to almost all progressive presidents of Latin America and the Caribbean and none had a serious intention to transcend the capitalist system with a new civilization,” laments the politician.