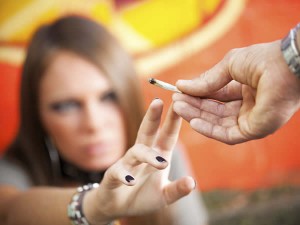 Sedatives for cows and paint chemicals. These are the components that are now mixed with heroin in order to obtain the so-called “h,” a “highly addictive” drug.

The “h” leaves sequelae which require treatment to prevent other damages. Young people convulse when they stop consuming the amount they typically consume. The components of this drug directly harm the neurological system.

According to Consuelo Meza, who works in a public hospital, patients feel less and less the need for food when they consume these drugs.

“The small amount of food ingested obviously affects the physical appearance of the consumers, who lose weight while consuming a higher amount of drugs,” said Meza. Inside the stomach, chemicals decrease the red blood cells.

The aftermath left by the “h” can reach the extreme, as in the case of Luis, who suffered a brain partial paralysis in January 10. His body remained 48 days connected to a breathing machine that supplied air into his lungs. The boy suffered from a drug overdose. Despite leaving the coma, Luis remained with 80% of his intellectual disability.

Sale of drugs to young people concerns the Government