Sale of drugs to young people concerns the Government 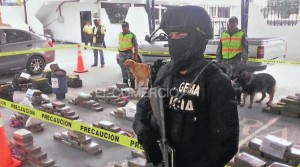 According to official data, between January and June this year in the country 48.5 tons of drugs of all kinds have been seized. Of that total, 7.9 were intended for minor sale. Two days ago, the government announced “zero tolerance” for possession of heroin and demanded tougher sentences for micro dealers.

In the IV National Study on drug consumption among the general population (a document of 79 pages), it is said that heroin is more accessible than cocaine base, which is the most common in the country. That was said by the 15.9% of the 5.6 million survey respondents nationwide.

Hence the IV Study shows that 79.6% of people surveyed in 53 cities see as “high risk” the frequent use of heroin. According to that document, people see higher risk in the use of marijuana, ecstasy, cocaine base.

Therefore, the authorities noted that one of the priorities is to counter microtrafficking and promoted, for example, campaigns and I live my preventive school, you decide. The Interior Ministry said that this has been one of the programs “that has given better results” in the fight against minor drug sales.

At the start of this school year in the Sierra and Amazon, the police monitored the exterior of the schools, the idea is to prevent that criminal networks approach the kids to sell alkaloids. Hence, initially security cameras were placed in schools that have more than 1000 students.