Neisi Dajomes made history for Ecuador, after winning Olympic gold in weightlifting, in the early morning of August 1, 2021. The tricolor won the 76 kilograms category at the Tokyo 2020 Games. He lifted 118 kg. in snatch, 145 in clean and jerk for a total of 263 kg. 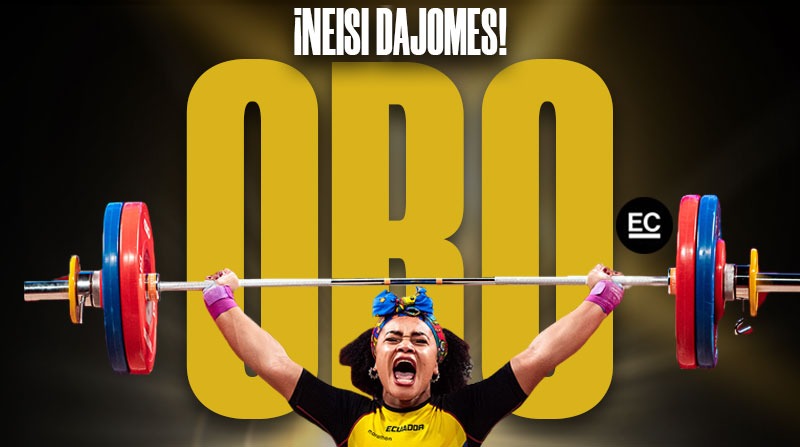 Neisi Dajomes became the first Ecuadorian woman to win a gold medal at the Olympics.

It took 53 years and 14 editions of the Olympic Games for an Ecuadorian woman to achieve an Olympic medal. At the Tokyo International Forum, Dajomes rose to the Olympus after winning with solvency in the snatch, clean, jerk, and total.

The Ecuadorian born in Shell, in Pastaza 23 years ago, won the starter category with 118 kg. All three attempts he made were valid. The first was 111 kg and the second was 115.

In his third presentation, after lifting 118 kg he jumped and gave a scream that shook the audience. It was the emotion, the goal accomplished. Then he returned to concentration since there was still a long way to go to gold and Olympus.

In the clean and jerk, Neisi Dajomes, lifted 135 kg in his first outing. Without losing concentration, he went out on the second try and lifted 140 kg. With that mark, he practically secured the podium and the medal. In the third, 145 kg, he only confirmed that it is made of gold, courage, and drive.

In Brazil 2016, the weightlifter Alexandra Escobar was fourth, in the occasion that a female athlete was close to the podium.
Neisi Dajomes made that dream of Ecuadorian athletes come true.