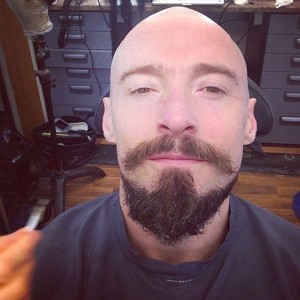 Through the instagram account of the Australian actor Hugh Jackman (thehughjackman), we can see the artist getting ready to star his new film, Blackbeard, where he will play the most celebrated pirate of Peter Pan, in a new version of the film. In the picture Jackman appears with his head shaved, showing only his mustache and beard.

“Blackbeard is born # PAN”  was the hashtag that accompanied picture. Joe Wright will direct this new adaptation of the children’s classic Peter Pan. The role was originally offered to Javier Bardem, who rejected it, according to a publication of the magazine Variety.

Harrison Ford, injured during the shooting of Star Wars VII