Humor in the broadcast will be regulated 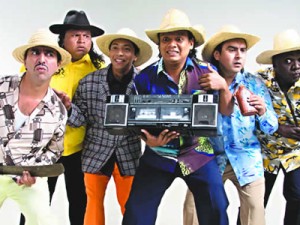 The controversy over proposals to regulate comic television programs – which are supposed to be discriminatory – generated controversy. While these spaces actors defend their work, the Ombudsman, Ramiro Rivadeneira, describes its contents as “disgusting”.

His argument is that the action is “a disgusting representation of the Afro-descendant people, indigenous, montubio…”. This criticism was not alone. Some 20 social organizations and the community Glbti (gay, lesbian, bisexual, transgender and intersex) joined it. Diane Rodríguez, representative of the Association silhouette X, not only the Glbti are dissatisfied with these programs, but also other groups like the women, Afro-descendants, indigenous and Amazon.

These groups met yesterday via video conferencing with María José Fernández, Adviser on the Ombudsman’s complaints. On that date they produced an order, to be submitted to the Superintendency of communication (Supercom), which seek to reform the way in which comedy programs make laugh.

For David Reinoso, President of Orbeluna productions and actor in the program ‘Vivos’, these spaces caricature reality through black humour and Double Entendre. While the producer of ‘Mi recinto’, Fernando Villarroel, ruled out seeking ridicule any social group. He argues that, somehow, has been “the voice of the people”.

Ochoa, mentions that he will meet with media owners, to define a joint roadmap to fulfilled the law of communication in this area.