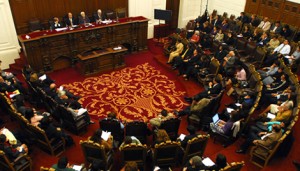 The Inter-American Commission on Human Rights (IACHR) gave leave to proceed with a petition from a group of citizens in favor of the uncontacted Tagaeri and taromenane people, who inhabit the Ecuadorian Amazon.

In 2006 the request was filed in the Commission and was admissible on November 6.

The Admissibility Report was signed by the commissioners and makes a count from the filing of the petition by the massacres of not contacted tribes in 2003 and 2006. It also includes the facts of the massacre of 2013, where around 30 members of a Taromenani community were supposedly killed with shots and spears near the communities of Dicaro and Yarentaro. In the attack, two girls were retained by the assailants.

South Africans remember Mandela at the anniversary of his death