During a meeting in Bridgetown, Barbados, the representatives of the Inter American Press Association (IAPA) considered that freedom of speech in Ecuador is threatened by the decisions of its government.

The IAPA argues that the Ecuadorian government ignores the precautionary measures issued by the Inter-American Commission on Human Rights (IACHR) and that the measures have been deteriorated, especially since the creation of the Superintendency of Information and Communication (Supercom) and the creation of the Organic Communications Law, which has received several claims of unconstitutionality.

IAPA also recommends the Supercom to cease their “private media harassment since their decisions are paving the way to further affect the freedom of speech and press in Ecuador.”

Finally, the organization urged the government of Rafael Correa to refrain from taking legal actions for libel and contempt, “because it means criminalizing freedom of speech of citizens and also persecuting them for their opinions.” 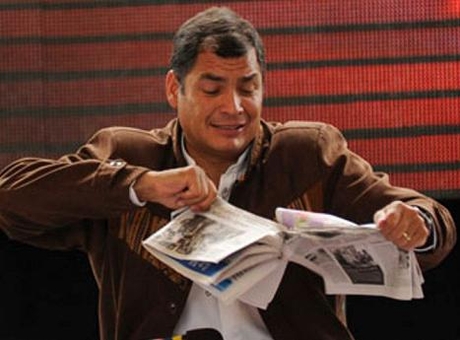 Visits of Sharon Stone to Ecuador is suspended