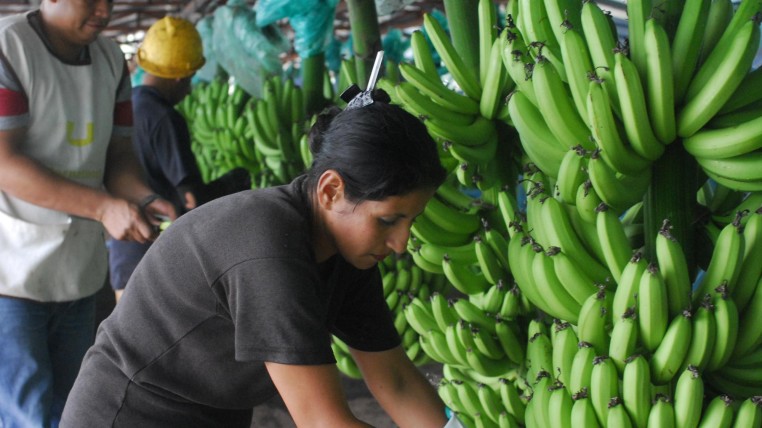 The Agency for the Assurance of the Quality of Agro (Agrocalidad) says that everything is ready. And it sent the Export Inspection Guide to the Procedure for the Inspection of Bananas and other Musa Exports. That is, nothing more and nothing less than the requirements for the banana to go to Brazil, which has promised several times that it will let it enter.

Until now, the phytosanitary barriers imposed by the giant of South America have served him for only one purpose: not to let the Ecuadorian banana, of better quality and presentation, compete with his. Brazil is the third largest producer in the world, after China and India, but Ecuador is the world’s leading exporter.

Even with misgivings, Ecuadorian exporters expect the next week to send the first container with a ‘premium fruit’ for special consumers. “The expectation is to sell 100,000 or 150,000 boxes per week,” says EXPRESSO Richard Salazar, administrator of Acorbanec (Banana Marketing and Export Association).

The amount is not much, but it would serve to get out of the excess supply that exists at certain times of the year, when the price drops to $ 2 per box.

The request for phytosanitary inspection must be made by the export operators to each of the provincial Agrocalidad coordinations, where this process will be carried out. Independently if these are carried out in farms, storage centers, consolidation yards or ports.

All shipments of fresh fruit of bananas, plantains, orito and other related Musaceae must meet requirements: be free of mealybugs; of scales, sooty and others. Brazil bases its restriction on alleged diseases, which it also has, such as the black sigatoka and now the so-called ‘moko’, of which there is no presence in banana.

For the phytosanitary inspection carried out by shipment (port), 2% of the shipment will be taken as a reference, according to the document accessed by Diario EXPRESO.

The requirements vary depending on the site of the inspection, if it is on farm or packing the procedure is different, indicates the procedure.

According to Salazar, the fruit from Ecuador takes 22 days to arrive in Brazil, so it will give enough time to obtain the corresponding phytosanitary document.

In 2016, Brazil requested changes to the Work Plan on banana control. Once these modifications were considered, the country concluded that all phytosanitary issues were solved, says Agrocalidad.

A delegation composed of Agrocalidad technicians and the Ministry of Foreign Trade traveled to Brazil to negotiate the phytosanitary restrictions where the Technical Report and the Work Plan for risk mitigation were delivered.

“This is an incentive to activate the national economy, since the banana sector is an industry of vital importance for our agriculture,” said Fernando Cabezas, executive director of Agrocalidad. (I)

Moreno questions that Correa goes to the OAS, “that so little respect he deserved”