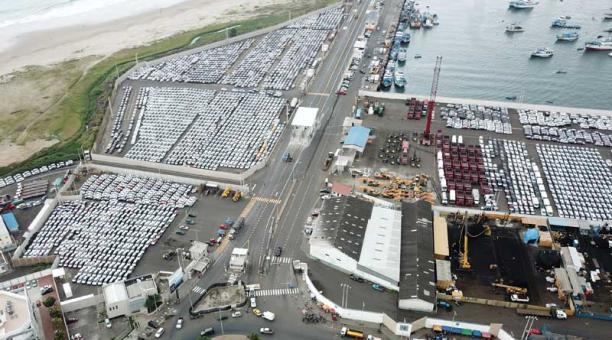 In the first four months of 2018, car sales grew 63.8% in relation to the same period last year, according to data from the Chamber of the Ecuadorian Automotive Industry (Cinae).

The elimination of the quotas for the importation of cars, as of January 2017, was one of the factors that explains the growth of sales in the sector.

Genaro Baldeón, president of the Association of Automotive Companies of Ecuador (Aeade), said that the effects of the measure began to be seen after a few months, while companies adapted to the new scenario. For Baldeón, the recovery of the country’s economy also had an impact on sales.

According to data from the Aeade, for the first quarter of the year, 13% of the cars that were sold in the country came from South Korea, followed by China and Colombia, with 10% both countries.

Then there are Mexico with 9% and Japan and the European Union (EU) with 6% participation each. The cars of European origin are among those that won participation during the first quarter, after closing 2017 with 4%.

This is one of the effects of the entry into force of the free trade agreement between Ecuador and the economic bloc, in January 2017. As a result of the agreement, tariffs began to gradually decrease for the importation of European cars. The light vehicles that were imported with 40% tariff, today enter with 30% and by 2024 it will reach 0%.

In 2017, 15 new EU models entered the country. 65.4% of sales are concentrated in the price range of up to USD 30 000. The trend has been maintained and that was observed in May 2018 in the port of Manta. The importation of cars increased the operation of this terminal until last week, which meant that its facilities reached maximum capacity levels, said its manager, Samuel Franco.

While there is a recovery in the sector, sales of locally assembled cars do not grow at the same rate as imported ones. In the first quarter, the share in sales of imported cars grew by 15 percentage points in relation to the same period of 2017, while the local assembly decreased its share in the same proportion.

For David Molina, president of the Chamber of the Ecuadorian Automotive Industry, this is the product of the lack of an industrial policy, which prevents them from competing with the importation of cars.

In August 2017, the automotive sector and the Ministry of Industries and Productivity reached an agreement to progressively increase the local component in the vehicles.

That is, as the local content increases, the tariff for the CKD should be lowered, which is 15%. But the discussion is “stuck” in the Committee on Foreign Trade (Comex), Molina explained. In addition, as stipulated in the Public Finance Code, as it is a fiscal policy measure, which represents a “waiver” of revenues contemplated in the State budget, it must be approved by the Ministry of Finance.