The change of date for the installation of the banana price negotiation table from December to October, the elimination of the trademark registration paperwork, the verification of the quality of the fruit in the packing plants and the start of a plantation legalization process are the modifications that were introduced in the last reform to the Banana Law . 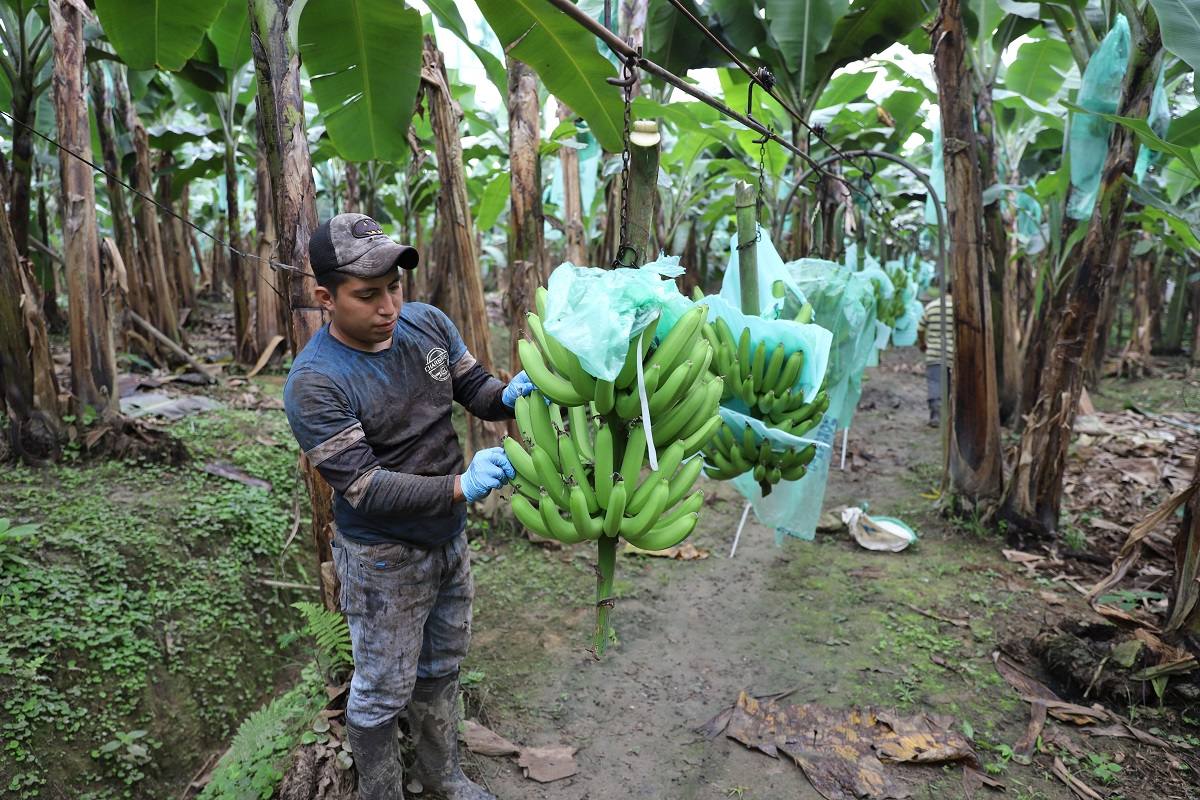 According to José Grünauer, director of Musaceae Positioning of the Ministry of Agriculture and Livestock (MAG) , 176,000 hectares of bananas are registered in Ecuador , concentrated in Guayas, Los Ríos and El Oro; and a lower concentration in Cotopaxi, Manabí and Esmeraldas.

He adds that there would also be between 25,000 and 35,000 hectares of the fruit planted informally.

“This affects the producer himself, because by not having his registration code he is unable to sign contracts and is a victim of the so-called ‘cuperos’ who pay pitiful prices that do not allow the producer to get ahead,” he says.

For Richard Salazar, president of the Banana Marketing and Export Association (Acorbanec) , it is important to acknowledge the hectarage of banana plantations and recalls that seven years ago there was a similar process.

“When the Banana Law was issued 23 years ago, there was a ban on planting, there were 129,000 hectares, and until 2010 220,000 hectares were planted, that is, 90,000 more hectares, and it is good that they have been planted because these plantations met an increase in demand at that time ”, explains the president of Acorbanec.

He adds that as of 2010, with the latest reform to the Banana Law, until that date the Ministry of Agriculture was granted the discretion to issue planting permits, which, according to Salazar, were given for organic bananas.

“It’s good, because Ecuador has been capturing and growing in the export of organic bananas. 10% of what the European Union and the United States import a year is organic bananas, Europe imports almost 6 million tons and the United States imports almost 5 million tons, ”says Salazar, who also highlights the change in date for the installation of the price negotiation table.

He argues that this will benefit the closing of sales contracts that occur between October and December.

Regarding the previous process, Grünauer indicated that in 2013 it only lasted a month, which led to many producers remaining informal. Now it will be for a year and will have three stages.

The first is the opening of an administrative process in which the hectares sown informally and the value to be canceled as a fine will be evidenced, which will be $ 600 per hectare ; to be paid at the Ministry.

Then, supporting documents are requested: identity card, notarized deed, certificate of domain history, etc .; and the third stage is the creation in the Banana Control System of the farmer’s code.

However, the process has its observations and they come from the producer sector.

Byron Paredes, president of the Banana Producers Association (Aprobanec) , criticizes the legalization of nearly 35,000 hectares of illegal crops, which, according to him, correspond to producers who are also exporters with “large tracts of land.”

He regrets that despite the fact that legally the fruit should not have gone to the markets, according to him, it came out causing small farmers not to be paid the support price and ensures that this program will remove the small and medium farmer from the activity.

Meanwhile, according to Grünauer, the process of legalizing the plantations is scheduled to begin during the first half of September. (I)

Petroamazonas will invest $ 5.13 million in Amazonian and coastal communities