To the $ 40,000 in unjustified cash found in the possession of Noé Salcedo Bonilla on the southern border of Ecuador, last Tuesday afternoon, now it is added that among his belongings were found adulterated credentials from a laboratory with the photo of his brother Daniel Salcedo Bonilla, but with the name of “Abraham Muñoz Véliz”. 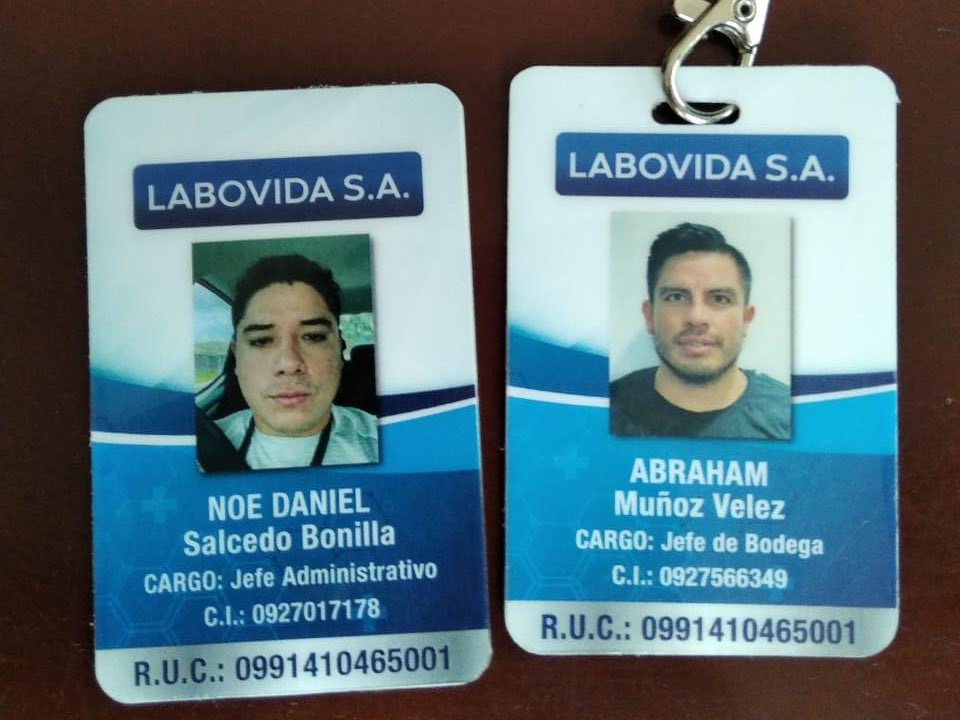 Noé Salcedo Bonilla was detained while he was trying to cross the border with Peru, apparently to get to the hospital in Tumbes where his brother Daniel Salcedo Bonilla was recovering, who along with three other people were injured in the plane that entered illegally to Peruvian territory.

According to the government minister, María Paula Romo, announced this morning, the supposedly institutional credentials that Noe Salcedo Bonilla crossed to Peru were adulterated credentials from a laboratory that has already made a public statement ensuring that none of the aforementioned persons is part of your personal.

So far, Noé Salcedo faces criminal proceedings for money laundering in Huaquillas, El Oro province, and now a process could also be opened for the falsification of credentials.

The minister explained that Abraham Muñoz Véliz exists, but as far as she knows it is not part of any investigation. “Surely she will have something to say about what is being investigated,” she said.

“The issue of money, the illegal crossing of the border, false credentials, having tampered with the plane’s license plate, having made an unauthorized flight, there is a long list of crimes committed associated with this evasion attempt. That is adding, if not to the main case, to new accusations against these citizens. We hope that all this adds up to give the country the truth, the sanction and the recovery of money, which I believe are the great objectives, “said Romo.

The attempt to escape from justice would constitute a new crime and an independent criminal process has been opened in the Prosecutor’s Office. As part of this process, the offices of the company that owned the crashed plane were raided and the possible existence of a fifth passenger who would have traveled on the aircraft would also be investigated.

On this matter, Minister Romo mentioned that the part of the Police of Peru indicates that there are three injured people and one deceased person as a result of the accident, who were transferred to health centers. But people who observed the accident would claim to have seen a person come out of the accident and then be taken away from the scene. That person would not yet have been identified.

“We are working with the Peruvian Police to identify the cars that apparently would have picked him up (this fifth injured person), they are talking about two cars, and the whereabouts of this person,” the government minister reported. (I)