Increases the Pressure on WikiLeaks and Assange 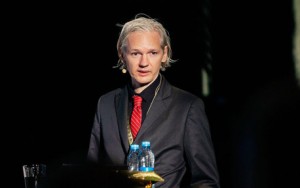 The President of the United States, Barack Obama, created a work force to stop the information leakage like the WikiLeaks incident. The group is called Interagency Policy Committee for WikiLeaks, whose main function would be to block future leakages by a joint operation among several intelligence agencies of the country.

Russell Travers, Anti Terrorism National Centre Vice Director, would be in charge of the group. The trouble follows Julian Assange, the Australian founder of WikiLeaks. Meanwhile several websites have abandoned WikiLeaks, like Amazon.com, this decision came from the president of the Homeland Security Committee Senate, Joe Lieberman. Since Amazon had files of WikiLeaks on one of its server for protection against hacker attacks. Lieberman pressured Amazon to destroy the WikiLeaks files to avoid any demands and political issues. On Twitter Lieberman stated, “If Amazon is so uncomfortable with the First Amendment (Of the United States constitution which defends the freedom of press, expression, religion, and the right to gather) should leave the business of selling books.”

Since Sunday, hackers are attacking the WikiLeaks site when the leakage information regarding classified diplomatic documents was revealed.

The Interpol has emitted an international order of detention for Assange by request of the judicial authorities of Sweden. The founder WikiLeaks denied the charges of sexual abuse and improper coercion. The Interpol passed the report to all of their 188 members with a red flag notification against Assange.