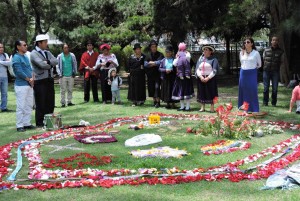 Last Friday the School of Andine Education and Culture (ECCA for its Spanish acronym), operating since 1992 and the same that sought to recognize the existence of cultures, not only indigenous and of native peoples, but also of gender and generations, with the aim of avoiding human confrontation and promote dialogue between them, was closed.

According to Milton Caceres, one of the founders of the education center, the shortsightedness of the university in general and the reluctance to face new social challenges is the cause of this closure, because currently the academic training unifies knowledge into one truth, ignoring the ancestral knowledge and its relation to biodiversity proposed by nature.

The ECCA offered two careers: a Degree in Intercultural Education and Regional Development. He trained more than eight classes, with 85% of students from the south of the country.