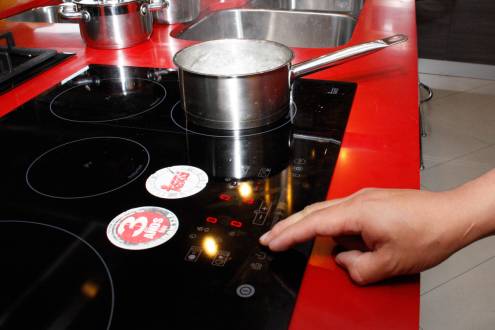 The first induction cookers included in the Efficient Cooking government program are already on sale since yesterday August 20 at the hangers of some appliances chains.

In Guayaquil, for example, La Ganga Warehouse exhibits two models stoves of the Indurama brand, which announced the distribution of the kitchens on last Monday. They are of two and four induction burners.

Ricardo Sivinta, La Ganga Warehouse employee, assured that despite the kitchens are now on sale, even they can not be purchased through credit that offered the Government to encourage the exchange of gas stoves by induction.

“We have to receive an instruction manual of how will be (the state credit),” he said and added that they can be bought with cash or other credit.