Ecuador wants to walk fast. The Government has already appointed the head of the negotiating team for the trade agreement with China and the fourth deputy is ready , the instance made up of businessmen to find out about the talks. 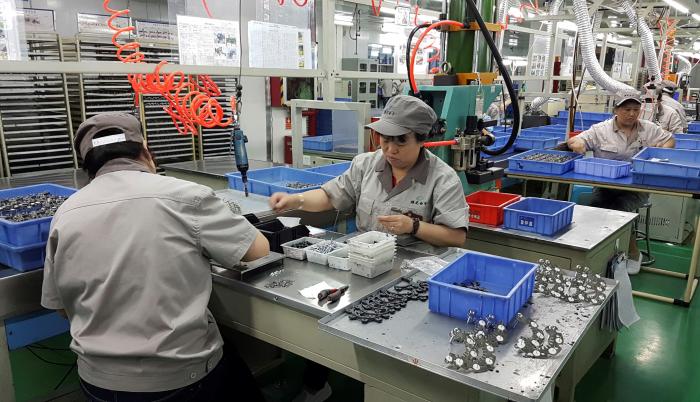 The cheap workforce that the Asian country has becomes a factor of disadvantage for the Ecuadorian industry, which has to pay high salaries.

All this to officially start negotiations with the Asian giant this month and seal a trade agreement between October and November 2022 , according to information from the Government and businessmen.

That same schedule is one of the concerns of the industrial sector: that the search to quickly sign a free trade agreement becomes a weakness when it comes to negotiating. Negotiations have taken countries like Peru and Chile between two and three years, industrialists argue.

“It is not a winning strategy. Rather, it is a strategy that puts the negotiating team on the ropes, facing the political pressure to close an agreement by presidential order in October. The main concern we have is that they end up closing a negotiation without it being the right one,” said David Molina, executive director of the Chamber of the Automotive Industry of Ecuador (Cinae).

In previous weeks, the Ecuador Industrial collective, made up of 10 business associations from the metalworking, car assembly , shoemaking, textile, plastics and other sectors, sent a letter to President Guillermo Lasso with their concerns.

The group told the president that although they agree to negotiate a trade agreement with China, they are concerned about issues such as the labor situation in the Asian country, which is asymmetrical compared to Ecuador.

In this context, they propose to the Government to recognize the industrial sectors as “ultra sensitive”, similarly to agriculture , in the negotiations. And they propose longer periods for the relief of Chinese products that enter the country.

“It could be the terms that were established in the trade agreement with the EFTA , where the industrial sector obtained terms of up to 17 years,” Molina said.

When asked about the questions from the industrial sectors , the Ministry of Production and Foreign Trade told this newspaper that the deadlines are coordinated and agreed between the two governments and their representatives.

“All negotiations have referential deadlines and progress must be made within the time that is necessary and that entails defining the pending aspects and issues, but also with the necessary agility , which will not take years to close an agreement,” replied the State portfolio.

Miguel Ángel González, president of the Guayaquil Chamber of Commerce (CCG), who is in charge of the fourth deputy of the trade agreement with China, assured that sensitive sectors and those in which the country has strengths are currently being identified.

Coordinators from the business sector are also being defined for the negotiating tables, such as access to markets, investments, certificates of origin, among other aspects.

“It is true that in some countries like Peru it has taken more time, but it is also true that Ecuador has a strong will to sign the agreements (…) Perhaps there was not that sense of urgency in those countries,” said González.