Insurance requires changes in the time of contribution 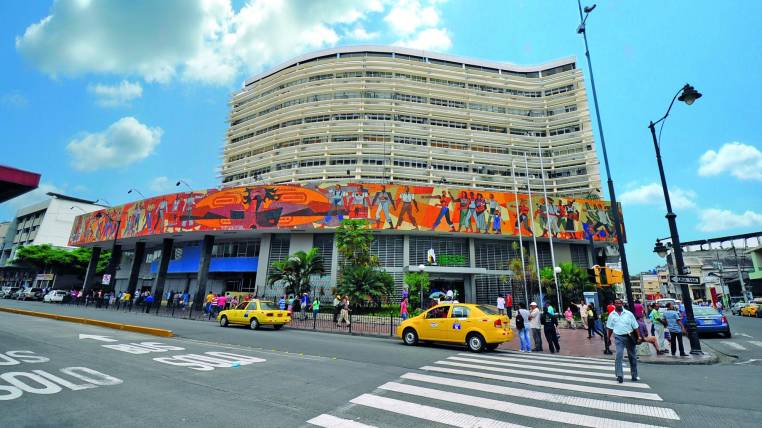 The Ecuadorian Institute of Social Security (IESS) joins the list of entities that had a non-technical management in the last decade. The actuarial reports of the entity, which were drafted between 2013 and 2015 but were hardly made public on Saturday, shows that the decisions of the previous Government did not have a backing that guarantees its sustainability over time.

As EXPRESO reported on Sunday, the Insurance released twelve documents on the status and projection of each service it provides to its members. In all of them, there is evidence of an affectation that makes the revision of the current IESS conditions mandatory.

In the medium term, the documents suggest, the time of contributions to the Insurance should be reviewed, the amount of the monthly payment made by the workers and employers could also be increased. In addition, it is necessary to review the benefits provided by the IESS without additional costs.

Why do you need so many changes? The government of former President Rafael Correa made decisions that damaged the future -and present- of the entity. The retirement of 40% that the Government contributed for the retirement pensions reduced the time of life, for example, of the old-age insurances and of the benefits for farmers.

Another blow to social security was the incorporation of new affiliates without technical studies to support these decisions. This is despite the fact that Article 369 requires that any additional IESS provision must have adequate financing. EXPRESO summarizes the analysis of actuarial studies.

In 2015, the National Assembly, with Correísta majority, approved the law for labor justice and recognition of domestic work. In the text, the 40% contribution that the Government had to make for the pensions of the IESS members was withdrawn. However, this regulation did not include a mechanism to compensate for this loss.

The actuarial report in this regard shows that without this contribution, the life time of the disability and death insurance is 17 years. Then I would not have reservations.

As reported in this newspaper, on Sunday, the actuarial study of individual and family health insurance shows that “it will be possible to cover income from benefits until the year 2020, after which it would fall in deficit and by the year 2033 it is expected that the deficit is 9,075.8 million dollars “.

Among the factors that stand out for this scenario is the inclusion, ordered by the previous Government, of children under 18 in the medical care of the Insurance.

The effect for the peasant

The Social Security Farmer, in general terms, is in good health. His income is positive but his time of good numbers was reduced by the decision of Rafael Correa to eliminate the contribution of 40% for retirement pensions. With this change, in force since 2015, the reserves are positive until 2029. That is, about eleven years.

Without the legal reform, also promoted by the former president of the Board of the IESS, Richard Espinosa, the time for encouraging reservations was until 2032.

The Government of Lenin Moreno promotes an increase in pensions for this segment of affiliates.

There were no technical or economic studies to decide the inclusion of housewives in Social Security. The actuarial study, prepared by the Social Security Research and Actuarial Directorate, explains that the necessary inputs were not available to include this segment of the population in the IESS. Recommends that a review should  be made when there is concrete data. Housewife insurance is financed with the profits that were withdrawn to private employees.

The Occupational Risk Insurance is the one with the best figures. The problem that actuarial studies detect is that despite the encouraging numbers, there are services that are not being considered.

The Directorate in charge of the study recommends that an in-depth analysis be made of the services that are financed with individual and family health insurance and those that are paid with resources of work risks.

Apparently, let’s see the report, there are expenses assumed by Individual and Family Health that fall under Workplace Risks. The IESS has not commented on this analysis. Changes in disability Changes urgently need to be made in the Old Age, Disability and Death Insurance Fund of the Obligatory General Insurance.

In the current scenario, with all the adjustments made during the previous Government, the resources of the fund would cover the disbursements for benefits until the year 2045. “Then there would be a deficit, which for the year 2053 is expected to be 20,464, 4 million dollars. ” The studies are a projection made by the IESS or private companies to review the sustainability of the service. (I)