Intensive or not, the debate that will mark shrimp 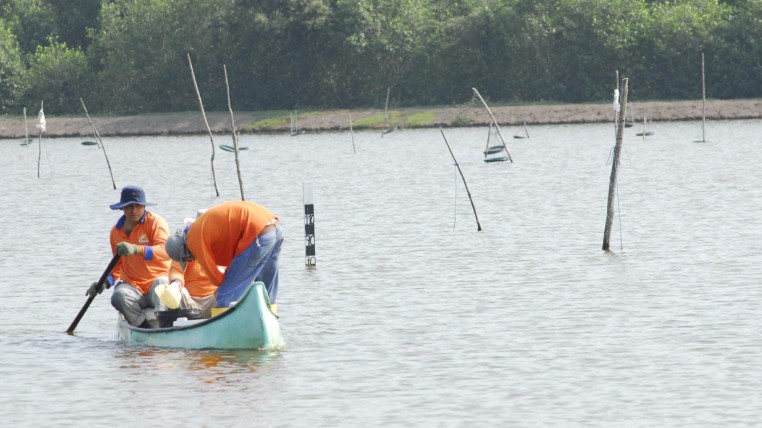 While the highlights of the shrimp industry in Ecuador and the world were analyzed in Aqua Expo, one issue was left outside: To be intensive or not.

The new debate that shakes shrimp farmer in the country is to continue with the current successful extensive model (up to 120,000 larvae per hectare) or the semi-intensive, intensive and super-intensive that reach more than one million shrimps.

Fernando Takamura, a Peruvian businessman who lives in Ecuador and sells diatomaceous earth, that promotes the presence of good algae in the pools, says that the country does not have to change the current system, which has allowed its position in the world, and that is different to all systems.

Sowing more larvae also results in higher shrimp production. Countries in Asia, such as Vietnam, Thailand, China, have managed to reach top positions as world producers because they employ this production system.

AGAINST: a great risk

Having more animals involves risks of disease and bacterial proliferation. That is why in Asia appeared the white spot and the yellow head virus, or the recent syndrome of early mortality, which substantially decimate crops. (I)