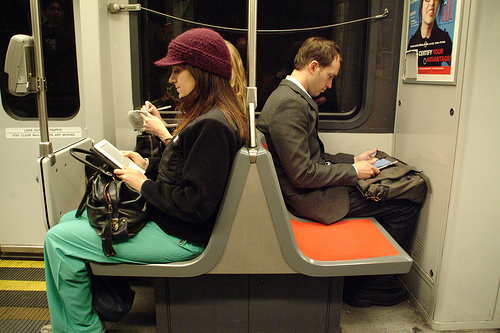 It is hard to imagine life without the Internet, a network that provides access to a world of information with just a few clicks. Information portals such as Twitter, Google, several news sites, and blogs are a threat to traditional print media since the use of Internet as an information source surpassed traditional newspapers in the United States for the first time in 2010.

Last year, 47% of Americans accessed the Internet three or more times a week to learn the latest news, while 40% went to physical newspapers to learn the news. This is the first time that digital media beats traditional print media.

The increasingly frequent use of smart phones, tablets, mobile Internet, and WiFi networks, make going to the Internet easier and more comfortable when searching for information, which is why the number of Internet users is steadily increasing and advertising revenues on websites have increased by 13.9% (25,800 million dollars). Physical newspapers only managed to earn 22,800 million dollars in the sale of advertising spaces, 6.4% than the earnings in 2009.

Newspaper jobs are also undergoing a drastic change due to low incomes, many physical newspapers have had to make cutbacks, while the job offers in digital media nearly equaled the number of professionals who were dismissed of daily newspapers.

The traditional print media are not the only ones who have lost readers, the three major U.S. television networks have also suffered the consequences of Internet use. According to U.S. Pew Institute’s latest report on Excellence in Journalism, CNN lost 37% of its audience in primetime last year, “Consumers decide what news they want to learn and how they want to receive them,” said Tom Rosestiel, director of the Pew Institute. “The change in how users consume information is changing the media,” he added.

Digital Content From The New York Times Will Stop Being Free