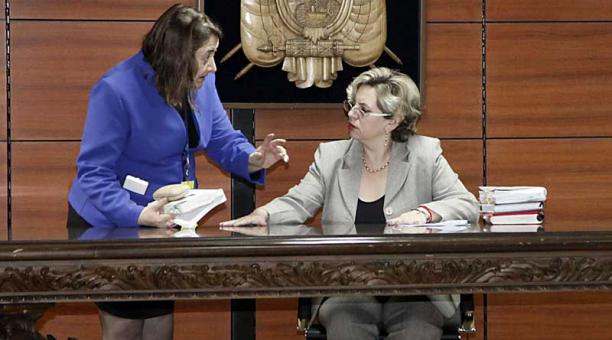 The hearing is scheduled for 9:00 am today (July 23, 2018) in the National Court of Justice. A court will analyze the appeal to the order of preventive detention of former president Rafael Correa, prosecuted for the kidnapping of Fernando Balda.

In the diligence, the lawyer of the former president Caupolicán Ochoa, will request that the arrest warrant that weighs against his client be withdrawn immediately, since he qualifies the measure as illegal and without foundation. According to Ochoa, the main argument that he will sustain today will be the supposed noncompetition of the Ecuadorian authorities in the case.

This happens because the kidnapping happened in Colombia and for the jurist only the justice of that nation has the competence to investigate the fact. His thesis is refuted by Balda’s lawyers, who point out that plagiarism has been demonstrated from Ecuador. For this reason, they assure that the justice of the country has all the competence to punish those actions and the material and intellectual responsible for the crime, which took place in Bogotá in 2012.

The Office of the Prosecutor will request the ratification of the preventive detention and more precautionary measures for the former president.  He says he has new elements against Correa. Especially the prohibition to alienate their assets in the country. The decision of the Court could change the situation of the former president internationally, since now there are processes that are carried out in the Interpol offices.

After the arrest warrant, issued by Judge Daniella Camacho, the request for red diffusion for extradition purposes is analyzed in Paris, France. There is the headquarters of Interpol and the procedure is in the Legal Department of Control of Files. That entity must send to Ecuador the acceptance of the process within a maximum period of two weeks.

Newspaper El Comercio spoke with agents of the International Police and informed that they would most likely ask for more information. Hence, today’s resolution is key, because if the prison is ratified it would mean that the ex-claimant exercised his right to defense and that the detention was analyzed by more than one judge.

So far, the data that Interpol analyzes are the resolutions of Judge Camacho and extracts from the file. Correa’s fingerprints and his photographs are also reviewed by Interpol. These data are used so that the police of the world can identify the suspect. But is the time that Interpol is taking to issue a resolution normal? The agents of the international organization say yes, because being a former public official, the process lasts longer. This happens when the required person has links to politics, religion or military and police matters.

On the other hand, if the required one is not related to these issues, the red diffusion could take place within a period of 24 hours. In the Balda case, only the former Secretary of Intelligence, Pablo Romero, has red diffusion. The process of it was not immediately either. The alert was completed in 10 days. Therefore, on June 17 he was arrested in Spain. Then a judge ordered his release and now he appears every day before the Court. He also seeks to reverse the precautionary measures against him. This week his lawyers in Spain will present a request for review so that his presentation before the judge is not daily. (I)