Invoices with extras to pay kickbacks 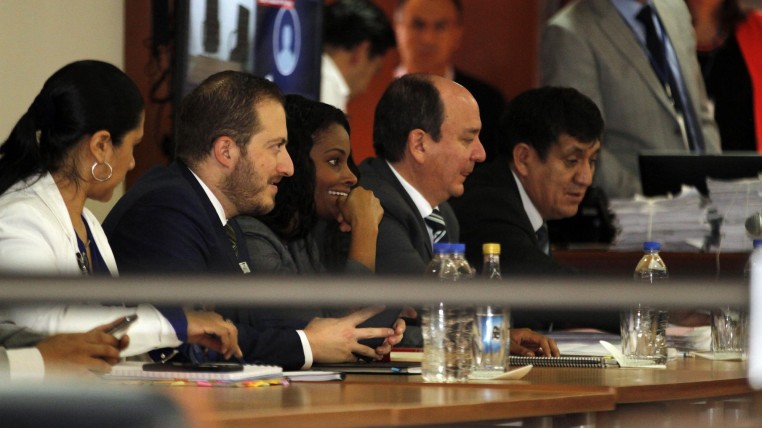 Odebrecht overcharged and then asked its contractors the return of that money in cash or transfers to specific accounts.

At least that was the situation exposed yesterday by Kepler Verduga, a 55-year-old Guayaquil contractor, and one of the 18 defendants of the Odebrecht case for alleged illicit association against Ricardo Rivera, uncle of vice-president without functions Jorge Glas, and others.

Verduga worked for Odebrecht with his company Equitransa in the Daule-Vinces transfer and the Pacific Refinery. Yesterday, he told Judge Miguel Jurado details of his relationship with the Brazilian construction company. Verduga, detained in the Ibarra prison, gave his testimony before Judge Miguel Jurado.

Verduga confessed that between 2013 and 2015 he invoiced an excess of 3.8 million and he returned that money to the Brazilian construction company.

When it was cash, the meetings were held at Mall del Sol in Guayaquil, with Geraldo Sousa.

When it came to transfers, the contractor did it from his Equitransa, Multiquip and Tranmo companies to companies like Columbia Management, Core Holdings BV-FS Veolia Trust, Golden Engineering Services, among others.

He said that the construction company indicated the value to be added to the bills to later return it to the officials. (I)

Jorge Glas now recognizes the had contact with his uncle