Isabel Allende, the first woman to preside the Senate in Chile 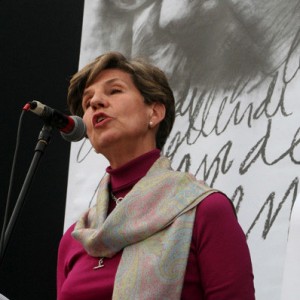 Isabel Allende Bussi, is the first woman who leads the Chilean Senate

Isabel Allende Bussi, daughter of former Chilean president, Salvador Allende, who was ousted in Pinochet’s dictatorship in the 70s, will be the first woman to lead the Chilean Senate, representing the Socialist Party.

One of her first official duties will be placing the presidential sash on her party colleague, Michelle Bachelet, at the Congress of Valparaíso, in an historic event, since both women, although not closely related, suffered the horrors of the dictatorship and their parents died because of the military regime.

“It’s exciting, important and strong, and our photography will go around the world,” said the senator.

Rousseff delegated to Chancellor to discuss Venezuelan crisis on Unasur