Bloomberg Línea , a financial news multiplatform, recognized the Ecuadorian businesswoman Isabel Noboa, executive president of Nobis Holding de Inversiones , as one of the “ 50 impact women in Latin America in 2022 ”. 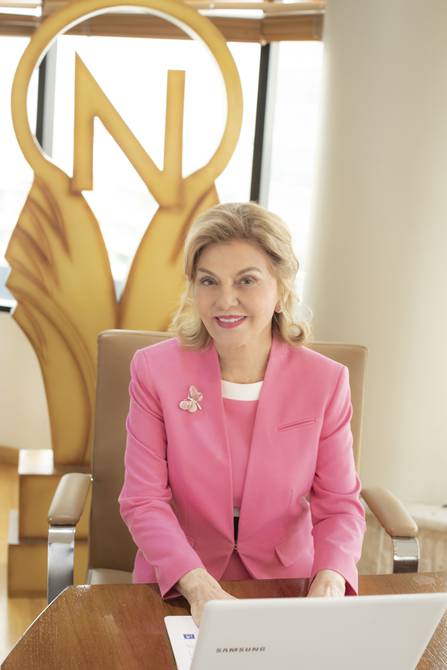 Isabel Noboa, president of Nobis Holding de Inversiones since its foundation, 25 years ago. Nobis is made up of companies from various sectors, such as agro-industrial, real estate, commercial, tourism, hotel, port and more.

For this designation, the Bloomberg journalistic team carried out an analysis of the female impulse in the region to include them in the list of personalities from fourteen Latin American countries. Three key parameters were considered: leadership, financial impact and social influence.

The executive is the only representative from Ecuador on this list.

“I feel honored to be part of this list of powerful and influential women from the region. We women have shown that we can lead by example and achieve everything we set out to do,” Noboa emphasized upon learning of her appointment, which is not the first this year.

Last March, with an ideal rating of 10,000 points, the executive president of Nobis Holding de Inversiones was consolidated for the eighth consecutive year, since 2013, in first place in the ranking “Companies and leaders with the best reputation in Ecuador in 2021”, organized by the Corporate Business Reputation Monitor (Merco). (I)