Isaías lawyer indicates that they will interpose extraordinary action for injunction 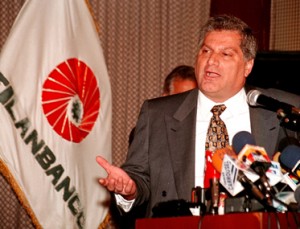 The Criminal Division of the National Court of Justice (CNJ) rejected the appeals of clarification and expansion of the cassation judgment that upheld the penalty of eight years in prison for Roberto and William Isaías, former owners of Filanbanco.

The Trial Chamber stated that the judgment of October 29 was “clear, intelligible, and had no darkness in its text, since no indeterminate sentences have been used in the reasoning and judgment,” and, in addition, “it has been motivated with dazzling clarity.”

The document states that the process gets back “to the original court for execution of the judgment.”

Xavier Castro, lawyer for the Isaías brothers said: “We are used to our requests being denied by the Ecuadorian justice.”

The lawyer said they will bring an extraordinary action for protection to the Constitutional Court (CC), thereby the case would be closed in Ecuador.