Israel expropriated 400 hectares of land to the West Bank 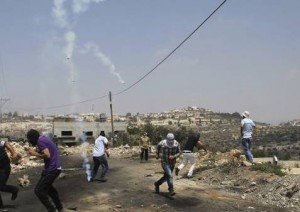 The Government of Israel has confirmed the confiscation of 400 hectares of land in the West Bank, which now become part of the Israeli state.

The 400 acres in the settlement bloc of Gush Etzion, near Bethlehem, were declared “state land”, on instructions from the Civil Administration that manages the Army, reported EFE.

“Peace Now”, a group that opposes settlement activity in the West Bank , said that the expropriation was intended to convert a place where ten families now live alongside a Jewish seminary in a permanent settlement.

According to denounces by the Israeli NGO Peace Now, a settlement called Gvaot will be added to this land, in which now reside no more than 15 people, but is very close to Gush Eztion, where there are 60,000 illegal residents.

The idea, as local authorities have reported to France Presse, would be to create “a new city” in the annexed area.