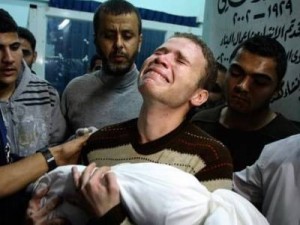 The Israeli military prosecutor has ordered  to start a criminal investigation into five attacks on civilians in Gaza during the recent Margin Protector Operation.

The military Israeli prosecutor in chief ordered an investigation into several cases, including a naval artillery attack o July 16 against a Gaza beach, which left four dead Palestinian children, and the air attack on July 24 against a UN school in Beit Hanoun, in northern Gaza, which killed 14 Palestinians, according to reports.

To expedite the investigations, six teams of experts have been created to analyze the impact of the military offensive, so it is expected that the final results come in weeks, not months or years, as in previous conflicts.

In total, the military prosecutor is currently investigating 44 incidents reported related to the conflict in 50 days, in which suspicions of misconduct and violation of international law emerged.

Local media highlighted that military investigations are independent from those of the Human Rights Council panel of the UN, led by Canadian judge William Schabas.