Israel strengthens its offensive against Gaza with 16,000 more soldiers

On Thursday, Prime Minister Benjamin Netanyahu announced that the Israeli Army will “finish its work,” which is why he ensured that 16,000 more soldiers were moved to the Gaza Strip and that the U.S. Army was to replenish the army with ammunition.

“We are determined to get to the end of this mission with or without a ceasefire,” said Netanyahu who also reaffirmed the objective of destroying the tunnels built by the Islamist movement Hamas.

On the Palestinian side, the balance of the conflict, which entered its 24th day, is 1,374 dead and 7,700 wounded. The vast majority of those killed are civilians, including over 245 children, according to Palestinian emergency services and Unicef. For its part, Israel suffered the death of 56 soldiers and three civilians. 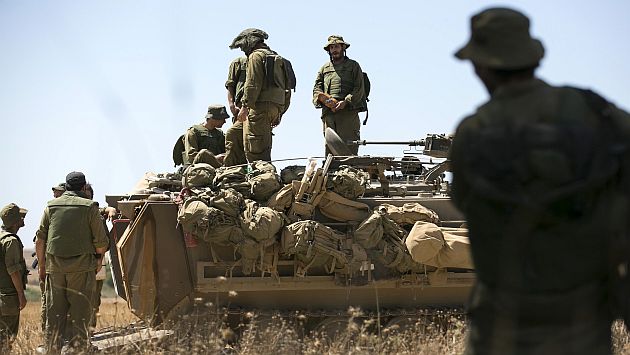