ISSFA pensioners bring their claims before the IACHR 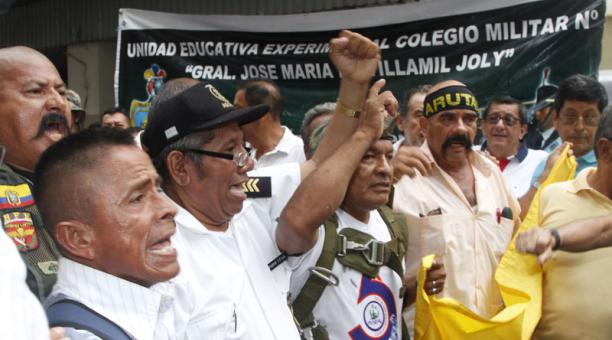 A group of retired military traveled to Washington to deliver the document. Patricio Durazno, pensioners lawyer, explained that the order is based on the “violation of rights and freedoms;” therefore they are asking for protection, effective legal protection and legal certainty.

The legal expert said that a response of the international organization would take two weeks.

Wagner Bravo, alternate member to the board of the ISSFA said that they not only defend the retired personnel but also those who are at “risk;” as he insisted that the active affiliates were already discounted their social security contribution, mortgage and unsecured loans, but those resources have not yet arrive to the ISSFA.