Jaime Durán Barba, the ‘electoral guru’ who was key in Guillermo Lasso’s victory

“I want to thank Iván Correa Calderón, campaign manager, and member of my team for the last eight years. I also want to thank, because it is fair to do so, Jaime Durán Barba and Santiago Nieto, who accompanied me in this second electoral round, strategically guiding our path. Thank you very much, ”Guillermo Lasso said on Sunday night, April 11, when confirming his victory in the presidential elections. 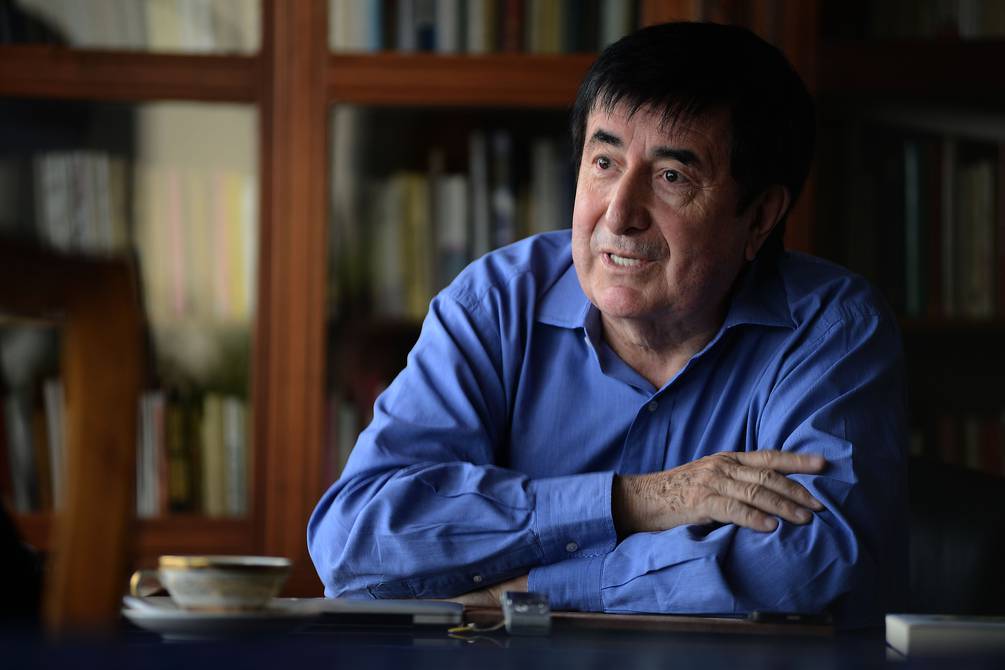 Jaime Durán Barba was one of Guillermo Lasso’s most important advisers in the second electoral round.

With those words, the candidate of the CREO-PSC alliance, now president-elect, recognized the good work done by a multidisciplinary team, with political experts, specialists in social networks, public relations and multimedia that radically transformed the image, the discourse and the proposal. de Lasso for the ballot.

In that team, which also had former advisers to Xavier Hervas, Durán Barba stood out, who was also vital, at the time, in the 2015 electoral victory of Mauricio Macri, in Argentina, against Kirchnerism that had been in power for 12 years. . In addition, he has been an advisor to the former mayor of Guayaquil Jaime Nebot.

In fact, the main Argentine media describe him as an “electoral guru.”

Durán Barba helped rebuild the substance and form of Lasso’s candidacy, which with his tight passage to the ballot and the difference of 1.2 million votes that the correista Andrés Arauz got from him did not have a hopeful future.

According to the Argentine newspaper La Nación , it is believed that Durán Barba was behind the slogan, which hit his rival, # AndrésNoMtillasOtraVez, which became a trend on social networks after the presidential debate.

In fact, the experienced advisor assured that this slogan cannot be considered a “dirty campaign” and was a “drop meme”, a technical element that is not an insult and that is defined as a joke that cannot have ideological content or aggressive.

Support from Jaime Vargas to Andrés Arauz and the silence of Jaime Nebot in the campaign helped Guillermo Lasso to win in the places where Yaku Pérez had the most votes, analysts say

“ Jaime Durán Barba is a man with a lot of experience in political consulting. He has achieved good results internationally and has given his opinion on my campaign in the second round. He is a person who has an opinion and to whom my work team has listened , ”Lasso said in an interview with a digital medium on April 1.

Two days after these statements, Durán was interviewed by Argentine radio La Pizarra . There the adviser foresaw that Lasso would win the elections with a margin of five percentage points, which was confirmed last Sunday.

“ Lasso had a disastrous campaign in the first round. A campaign that aged him. A campaign of economic ideas and that people hate and that is why Arauz did well ”, he said. Hence, the 180 degree turn of the current president-elect led him to victory.

He also highlighted the errors of Arauz’s campaign and how it harmed, in particular, the temperament of Rafael Correa, its leader, who did not stop campaigning, despite the fact that in the second round the political team of UNES decided to disappear the image of the former president in your campaign messages.

” People do not vote for a second and Arauz could not detach from that image, ” he added.

He compared the situation with the one that occurred in the 2014 elections when Mauricio Rodas, whom he also advised, won the mayoralty of Quito against the candidate of Correísmo Augusto Barrera. In that campaign, according to Durán, Correa’s support was decisive for the defeat of his candidate.

“Ten days before the voting we had tied with Barrera (in voting intention) and Rafael (Correa) lost his head and entered the campaign like crazy. He did everything possible, lowered municipal taxes that he could not do, insulted Mauricio (Rodas) and accused him of being the maximum leader of the Latin American right. He attacked so violently that he gave us 15 more points, “he said.

Then, when Correa “violently” burst into Arauz, who is also very young, “he totally crushed him and took him out of the campaign.” “What Arauz advanced was spoiled by Rafael, and I don’t think it was out of bad faith but because of his temperament . “

Another effective strategy of Lasso’s campaign team was to “silence” Jaime Nebot and the entire Social Christian Party. Unlike the first round, for the ballot campaign Nebot did not participate in the tours of the now president-elect.

‘Relationship with Lasso was broken, but we got closer in the second round’

In that same interview, Durán Barba said that with Guillermo Lasso he had an “old” friendship that “broke” about ten years ago in an “unpleasant way”. “We didn’t speak a word again.” Although he did not say what it was that caused the quarrel.

However, after the first round they “sat down to talk.” They decided to conduct an in-depth survey to find out if Lasso “had a chance to win.” What the investigation revealed is that the two candidates had complicated problems and, especially, that Arauz had “Correa’s shadow on him,” so they went to work.

The first electoral poll carried out by the campaign team, Durán said, gave a result of 42% to 28% in favor of Arauz: “ But from that situation to the last poll conducted by the Confidential Report, there was a great advance and it gave us 37 -37, tie. The distance was shortened by five points every ten days. Unless something very unforeseen happens that affects the voters, I think Lasso will end up winning with five points ”.

The victory achieved by Guillermo Lasso is comparable to that of Mauricio Macri, in 2015, in Argentina.

In fact, there are certain similarities. Lasso defeated the citizen revolution at the polls after 14 years in power and Macri did the same after 12 years of Kirchnerism.

The Argentine media indicated, in that year, that Durán Barba’s contribution was decisive for Macri to win.

“The guru of the new Argentine power conceives politics with marketing tools and focus group . For Macri’s star advisor, symbols should be prioritized over the transmission of a concept, so he recommends putting aside the words that convey ideas to refer to the images that convey feelings ”, indicated the Argentine organization Nuso on Durán Barba .

“You have to accept what happened,” wrote Jaime Durán Barba in the Argentine newspaper Perfil about Macri’s defeat. He affirmed that all the polls, carried out by Macri’s team, failed because “they are part of civilization and at the moment they have no replacement.”

In addition, in the interview with La Pizarra, Durán Barba said that the discussion in Argentina is “very late” and assured that both Macrismo and Kirchnerism must rethink their projects because otherwise a third force will appear that will “sweep them away.”

And he questioned that the Argentine nation is “still discussing things from the 20th century”: “I am not saying that Ecuador is better, but we are very behind, very convinced that when the big bang occurred , the 10 Peronist truths were already in place. It is not like that, they are much more recent ”. (I)