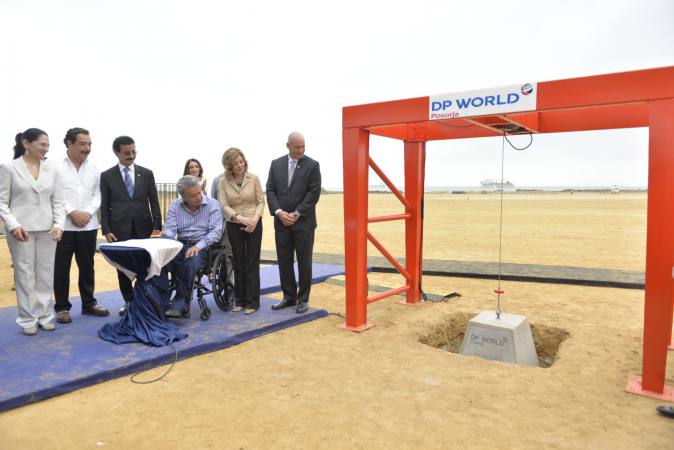 Former President Rafael Correa said on Saturday that ‘it turned his stomach’ when he learned that Mayor Jaime Nebot and presidential hopeful Cynthia Viteri laid the foundation stone of the Deepwater port in Posorja along with President Lenin Moreno.

Correa said this by ensuring that Nebot and the members of the Christian Social Party (PSC) “always opposed” to the construction of the port in Playas. “It was boycotted by all means; we almost lose the investment. Isabelita Noboa can say it because she is the national counterpart of the investment,” he said.

Nebot responded to Correa later on Twitter with the message: “On the Port of Posorja, watch this video and then tell Correa, that’s the reason why I do not believe him!”

In the video, dated August 11, 2013, there are excerpts from the weekly address of Rafael Correa, when he indicates that the location of a new deepwater port was still under study, which could be between Posorja and Chanduy.

But on Saturday, the Alianza PAIS leader insisted that Nebot opposed to the construction of the port in Posorja to not affect Contecon, the operator of the Guayaquil Maritime Port, and other private ports located in the south of the country. For Correa, the Social Christian Party is closely linked to the operations of these port terminals.
After this, Nebot said on Twitter: “If (Rafael Correa) has gone crazy in Brussels, please, let him visit Bruges or Granada, but let him stop talking so much bullshit.” (I)