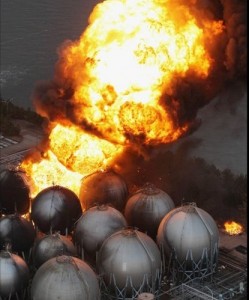 Japanese authorities declared an emergency state when another atomic plant, in Onagawa, showed an increase in its radioactive levels. This morning the International Atomic Energy Agency (OIEA) informed that the nuclear central of Onagawa, Tohoku Electric Company, set a level of emergency because of the low levels of radioactivity in the plant surrounding areas. Japanese officials are investigating the source of the leakage.

The earthquake and the tsunami severely affected two of the six reactors of the Fukushima Daiichi nuclear central at 150 km in the south of Onagawa. The current authorities of the Fukushima case are trying to cool the system of the reactor #3. The OIEA is responsible of maintaining the security of nuclear facilities. However, because of the recent incidents a state of urgency in the second nuclear plant in Onagawa was made because of the strong earthquake of last Friday. The Japanese prime minister Naoto Kan revealed that the Fukushima Daiichi nuclear plant is the number one threat.

Nearly 70 countries have sent rescue teams to Japan to assist them with rescue operations for the thousands of victims that have disappeared by the earthquake and the tsunami of last Friday. Argentina, Chile, Ecuador, and Uruguay, while the its biggest contributors are Australia, United States, New Zealand, United Kingdom and South Korea, even China with whom Japan have tense relations have sent a rescue team. 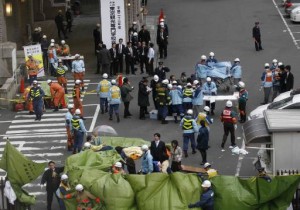 The American Army aircraft carrier Ronald Reagan will help them as an improvised landing lane for helicopters that fly over the affected areas of the northeast of the country. The United Kingdom brought firemen and crane specialists to remove the debris of buildings. New Zealand and Mexico sent 70 members of emergency services. Most of these workers have experience with emergencies such as this; other nations have sent lots of food, clothing, purifying water equipment, blankets, tents, and other articles of primary needs.